First sign of this new AutoCAD world is a different the icon. AutoCAD 2015 introduces a new version of the .dwg file format and a “shape engine” (geometry core) shared with Revit and Inventor. The interface is more or less the same, with a little bit of enhancement, the most obvious changes would be the background colour of the template from black to grey.

AutoCAD 2015 spot a whole new interface, it comes with new 3D features and environment and it makes you wonder if this is the AutoCAD 2015 pirated original CD you’ve bought. When you first launch AutoCAD, you see a screen that lets you choose which workspace you want to use. The workspace include AutoCAD Classic, the one you’re familiar with, and 3D Modeling. Everything is so different, the new template has a gray background, a grid with axis lines that match the colors of the UCS icon, and perspective view. I would say they are merging 3dmax with AutoCAD slowly. 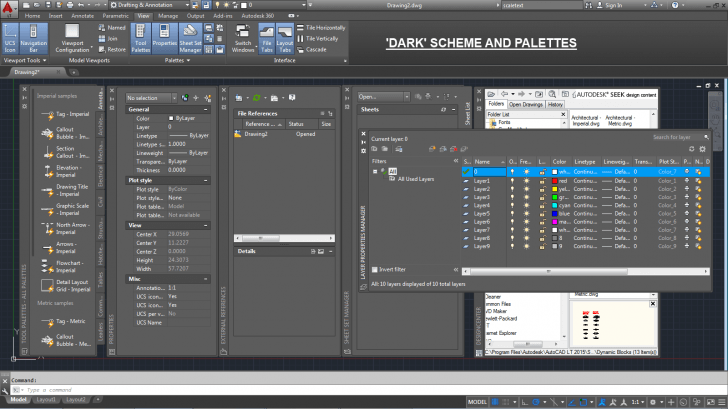 They’ve introduce another new command, its called SWEEP and it works by extruding an object along a path, but with more options. The object you’re sweeping doesn’t have to be normal (perpendicular) to the path, making setup a breeze.

No, its no SketchUp. The new PRESSPULL command isolates closed areas, created regions out of them, and lets you pull them out, or press them in. Sounds like they just rip off SketchUp. The Sketch like rendering is known as the Conceptual visual style, it uses the “Gooch” face style, named after the couple that worked on the algorithms.

Another rip off would be the infamous SketchUp Push and Pull function, you can grip-edit solids (Finally!) When you select them, you can stretch with any of the grips — whether a corner or a side.

That is not the only new features that the autodesk team has install for us. Can you believe it? The image below is rendered in AutoCAD 2015 using the new Mental Ray rendering engine. It may not have the superiority of 3dmax engine but I think it is more than enough for an architect firm to render a good 3d perspective for their client. Hello AutoCAD 2015 and goodbye 3dmax.

Students can get free software for 3 years, download it now in the Education Community. As for corporate, download the free trial here.