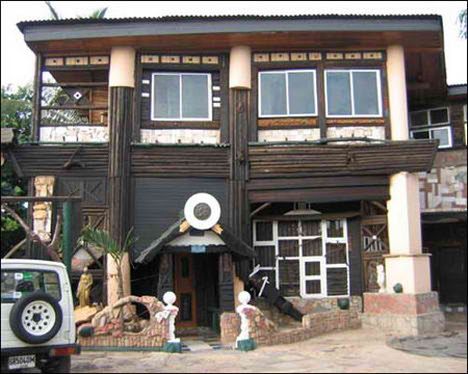 Talk about recycling junks, Sammy Ansah transforms refuse into objects of beauty. Sammy Ansah is an architecture graduate from the United States, according to Mr.Ansah, during his university years in New Jersey, he slept on the bare pine floor in his apartment and that is basically how he fell in love with wood. Read the whole article at BBC UK.

This reminds me of Singapore’s effort in recycling water, a tiny island with no natural resources and water, the Singaporean Government came up with this idea of recycling waste water into drinkable water. Yes, you heard me loud and clear, drinkable water from whatever thry flush down the toilet. The reason behind this quest to recycle the water lies in both Malaysia’s and Singapore’s fault, both party refuses to give and take, inorder to be a little bit independent, Singapore finally found a new source of water – NEWater and need no buy it from Malaysia anymore. The funny part is:

“In the landmark deal, Malaysia has agreed to divert its vast sewerage network across the peninsula into Singapore so that the island republic can have unlimited supply of human waste for recycling into Newater.” – PlanetArk