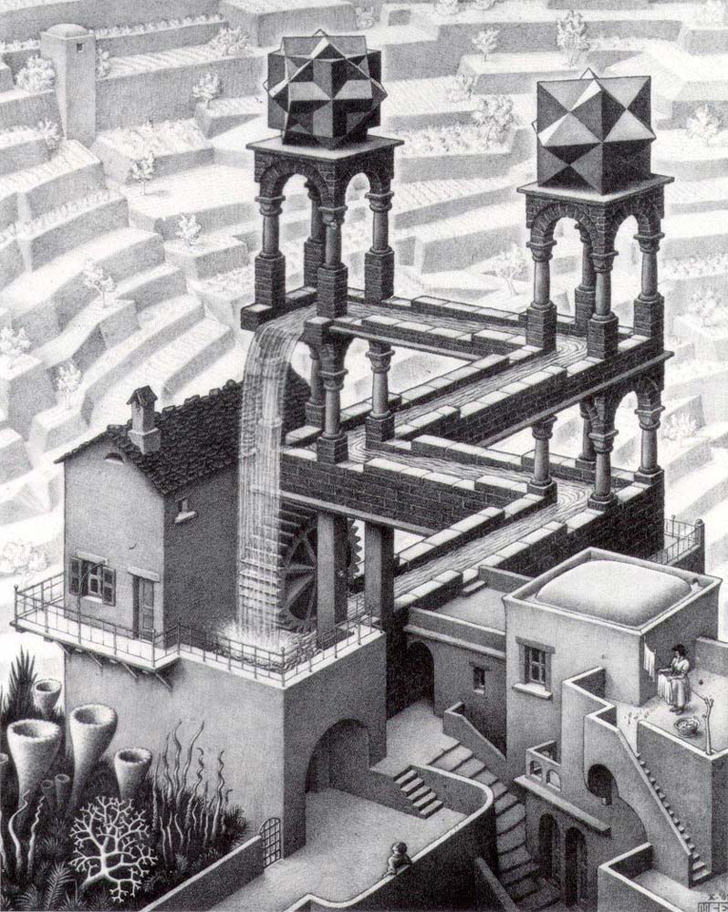 Escher well know for his optical illusion works, mostly in paper, which is very much different from David Copperfield and David Blaine that perform optical illusion tricks. The image above is one of his masterpiece called waterfall.

Our up bringing, culture and surrounding environments is the one that causes us to perceive something as it is, read this article, a very good article on a research in Africa – We Shape Our Buildings and Afterwards, Our Buildings Shape Us 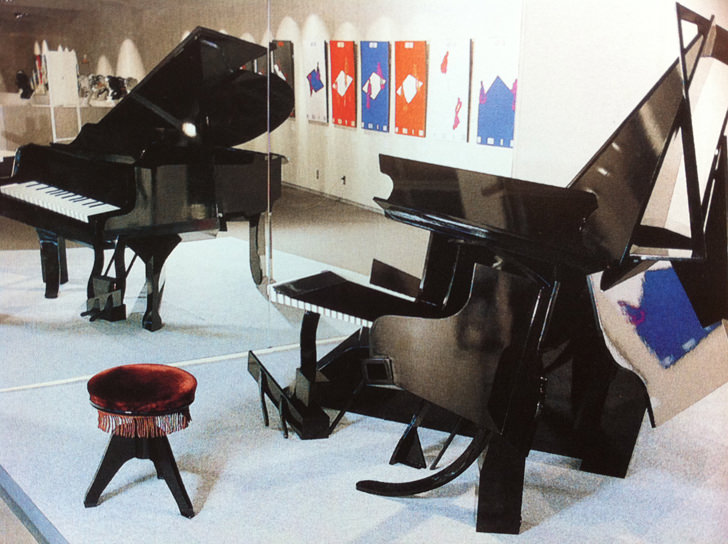 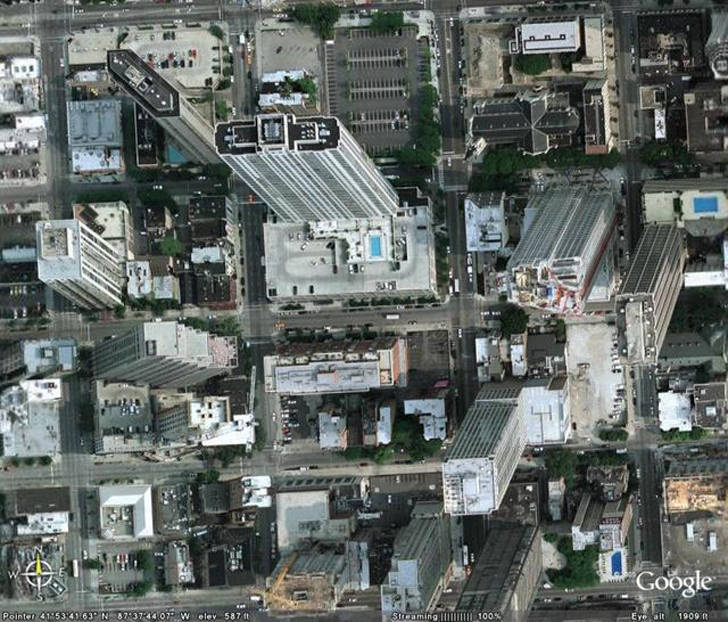 The image above is from from Chicago, USA. I don’t know why Google compose the image that way, maybe it would be easier to identify the buildings if part of the elevation can be seen. Going thru the aerial view map makes me dizzy…. really dizzy. Try it out at Google Maps”>Google Maps. 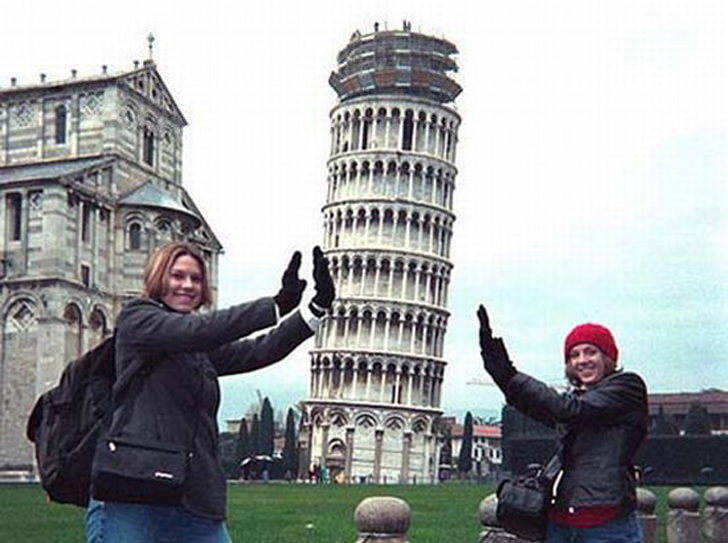 Pictures of people supporting or leaning the Tower of Pisa is a everywhere. Its another type of optical illusion that captures our imagination. 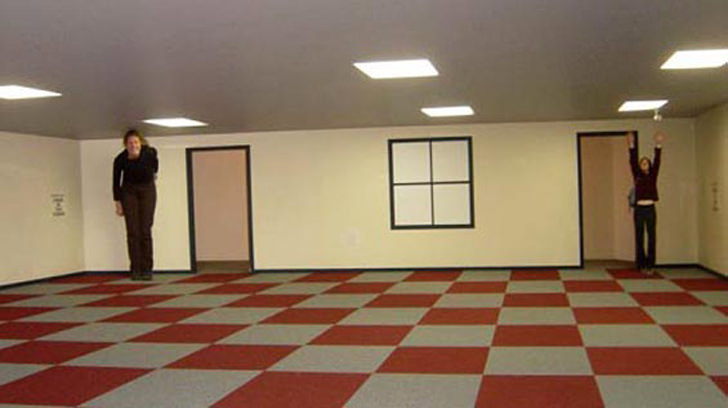 The person standing right in the room appears much bigger then the other standing left. Tricks like these are used in filming the movie Lord of the Rings. Go to frippy’s flickr ablum for examples of optical illusion in a room. 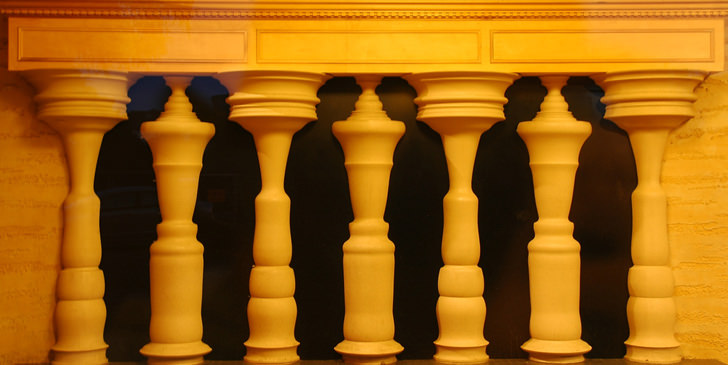 Illusion in architecture is nothing new, what do you see in this picture above? A wall made of stone columns, or do you see siluetes of few guys leaning one to another?

Optical illusion can also be found in ancient floor texture, the image above is an example of pompeii’s pavement. A very good example of optical illusion would be the Library of Celsus was built on a narrow lot between existing buildings. Yet, the design of the library creates the effect of monumental size. 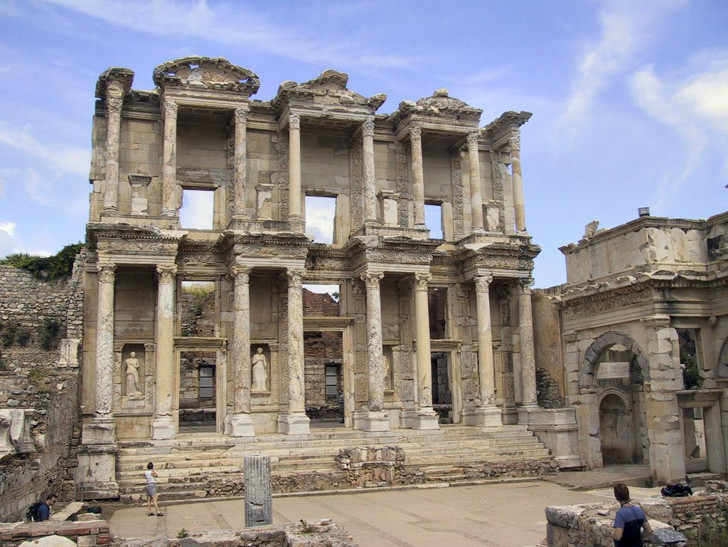 At the entrance to the library is a 21-meter wide courtyard paved in marble. Nine wide marble steps lead up to a two-story gallery. Curved and triangular pediments are supported by a double-decker layer of paired columns. The center columns have larger capitals and rafters than those on the end. This gives the illusion that the columns are farther apart than they really are. Adding to the illusion, the podium beneath the columns slopes slightly down at the edges. 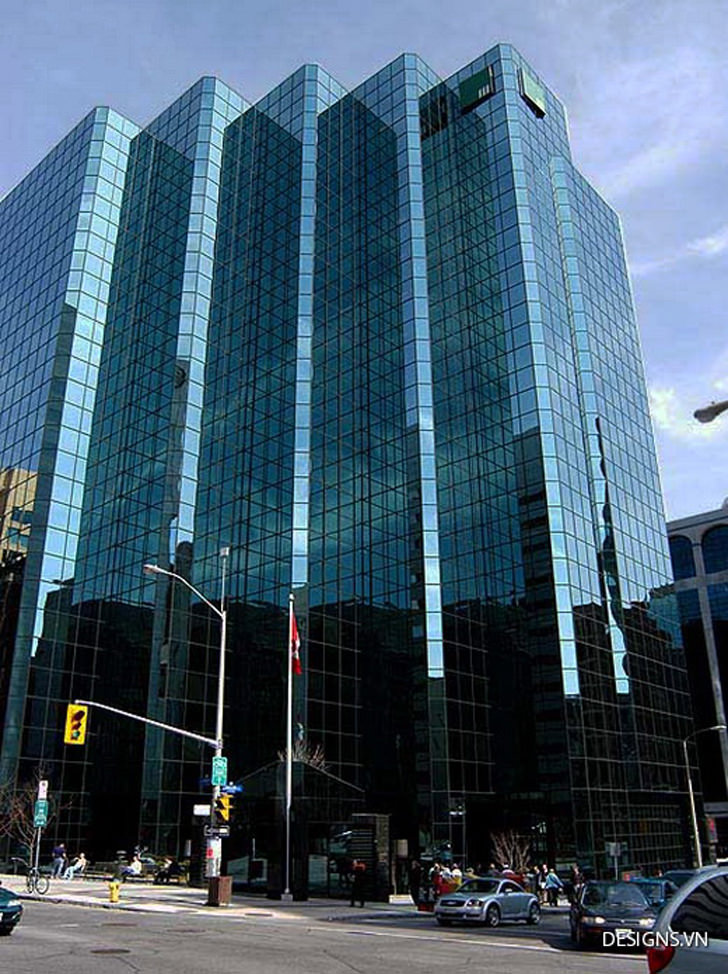 Most of us would assume that optical illusion in architecture is history, but believe it or not, it is still very much alive. This building (image above) in Ottawa takes the glass curtain wall a step further, until it is a continuous reflecting surface that melds into the sky. The shape of the building creates an optical illusion. You lose a sense of what is really happening at the top if you stare at it for too long at where the building meets the sky. It create an illusion as if the building is not another big fat bulky structure

Optical illusions were first used by the Greeks. They built their temples so that the roof was slanted. This gave the illusion that the temple was actually standing straight. They also made the columns bulge so that from a distance they would look perfectly proportioned. In the course of history, people have encountered illusions in many ways. Many of these illusions appear in very common, everyday experiences. 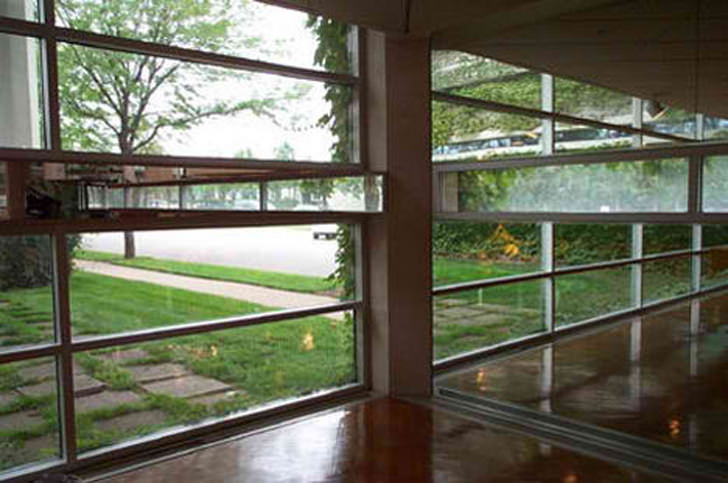 Designing a building requires the architect to play with the idea of optical illusion, creating spaces by fusing two or more spaces. The image above show the horizontal strip glazing between mirror panels turns the corner and becomes the reverse. A confusion of interior and exterior space. Good design tend to blend the interior with the exterior, fusing them together illusionally but not physically. 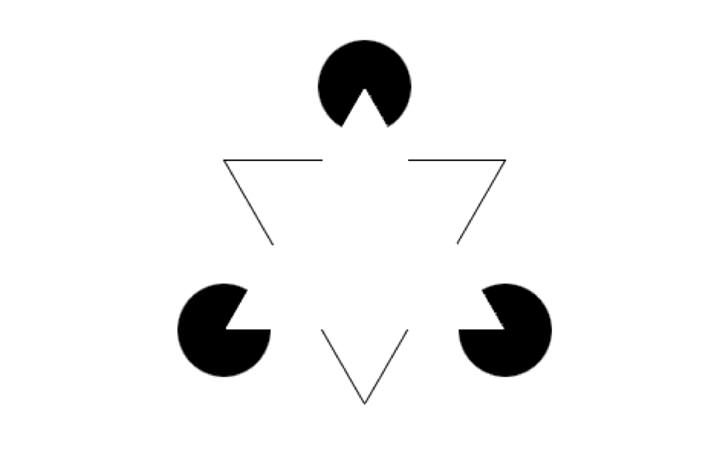 This figure above was introduced by Gaetano Kanizsa, an Italian psychologist. Everyone sees a white triangle in front of the three black disks and inverted triangle. However, the white triangle actually does not exist. The contours of this triangle are illusory contours created by your brain.

Where Is This City?