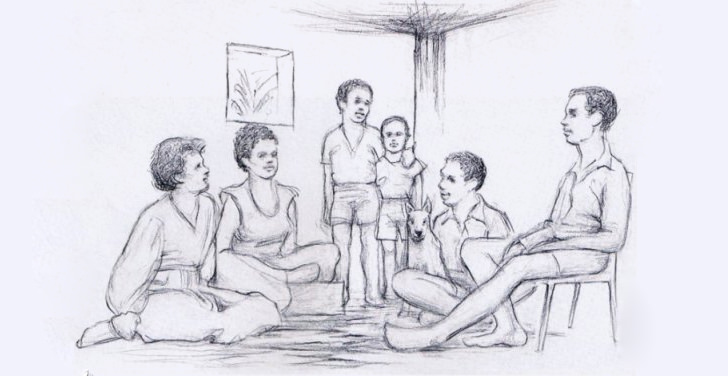 What do you see? What is above the woman’s head? What element is the backdrop? Researchers showed this image to people from East Africa, almost all of those took part in the experiment said the lady was balancing a box on her head, in an African culture where there are few angular visual cues, the group of people is seen sitting under a big tree. On the other hand, Westerners are used to corners and rectangular architecture, thus they are more likely to visualize the group of people in an indoor space and to interpret the rectangular shape above the lady’s head as a window opening.

The studies showed the influence of different culture and environment can have an effect on our visual perception, this theory was first explored by Robert Laws, a Scottish missionary working in Malawi, Africa, during the late 1800’s.

Winston Churchill’s epic statement, “We shape our buildings and afterwards, our buildings shape us,” is a fantastic observation of the architectural phenomenon, illuminating the fact that physical architecture is a static artifact and continues to transform us long after construction. 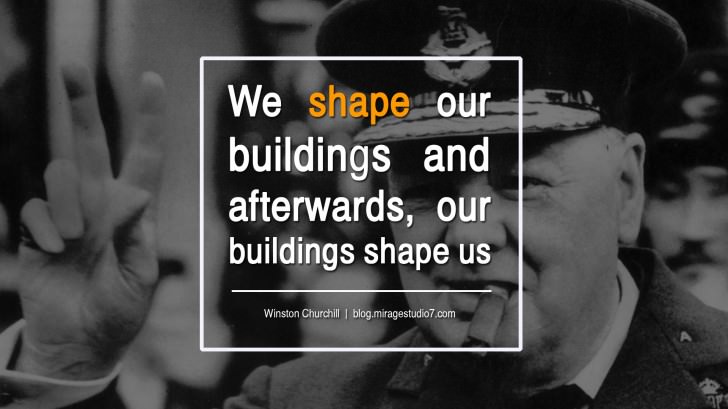 Coupled with Churchill’s famous quotes and the illusion above, does a person who comes from a third world posses the same creativity in architecture compared to say, someone whom was brought up in a historically rich city such as Paris?