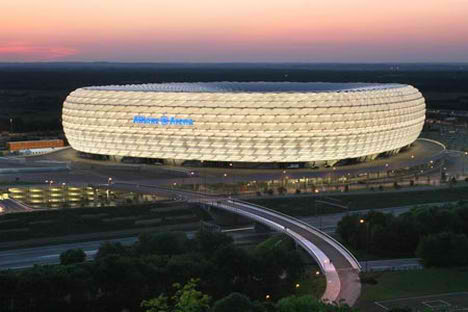 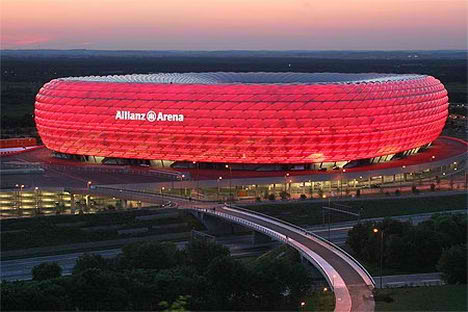 The Allianz Arena in Bayern, Germany was opened to the public after three years of construction. The Arena replaces the legendary Olympic Stadium and will be the shared home ground of the two local football teams FC Bayern München and TSV 1860 München.

The membrane of the futuristic looking stadium is made of air cushions that can be illuminated in three colors; red, blue and white. When FC Bayern plays at home, the membrane will turn red and when TSV 1860 plays, it turns blue. Furthermore, the patterns and the intensity of the lights can be used to reflect the drama of a football match as it is being played, thus giving outsiders an indication of the action inside.

The Allianz Arena is designed by the Swizz architects Jacques Herzog and Pierre de Meuron who are internationally reknown for their design of the Tate Modern in London.