It is sad but true that the “Tak Nak” campaign is a flop, the project was awarded to Limkokwing Integrated and it was suppose to bring down the number of smokers in Malaysia. The whole idea behind the campaign is dodgy, corrupted and worst of all, awarded to one of Mahathir’s long time crony. 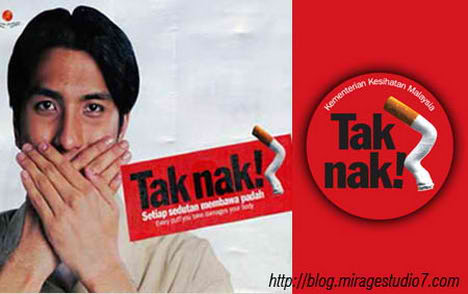 The advertisement that mushroom all over Malaysia in the form of billboards and newspapers advertisement is an eye soar, portraying images of a young guy and girl covering their mouth, ashamed to reveal their yellow teeth. Seriously speaking, do you think smokers really care about having yellow teeth? And since when have you heard that one of your friend who smoke complain about having yellow teeth, with today’s advancement in dental care and chemical products, one has to simply run down to any pharmacy store and grab a tube of teeth whitening paste and brush their way to kingdom come. 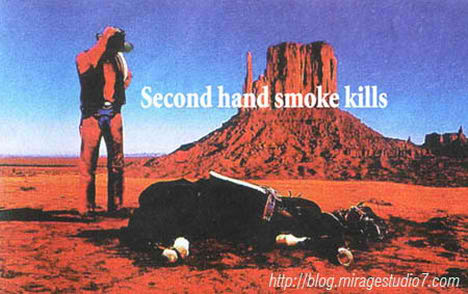 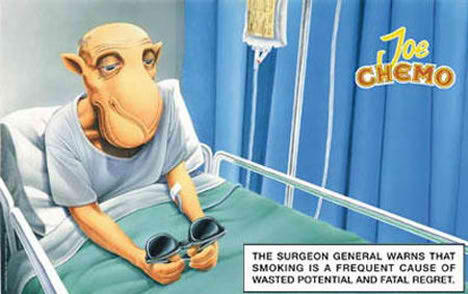 The Marlboro man’s horse died due to excessive inhale of second hand smoke, while Mr.Joe Chemo is having lungs cancer, waiting for dooms day. These are the type of advertisement we need in the Tak Nak campaign, ads that capture audience and convert them into believers. 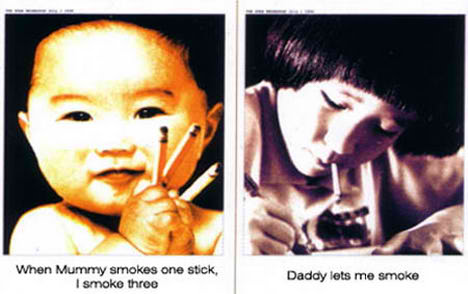 These advertisements were done by the One Academy’s student, a sign to all parents that when you smoke, you are killing your loves one too indirectly. The message is clear and informative and it makes you think twice before taking a puff or two.

As for this anti-smoking advertisement, I find it kind of funny. All of the advertisement above shows a great deal of creativity, educating the public about the bad side of smoking. The anti-smoking advertisement message is clear and meaningful. That is the type of Tak Nak campaign Limkokwing Integrated should produce. Sometimes it is sad to note that RM50 million was wasted to come up with the Tak Nak anti-smoking in educating the public. It’s the people’s money and it should be put to good use, not to enrich their own cronies. I seriously hope that next time the government won’t repeat the same mistake in awarding projects, but I doubt about the sincerity of the government in cleaning up the country of corruption.