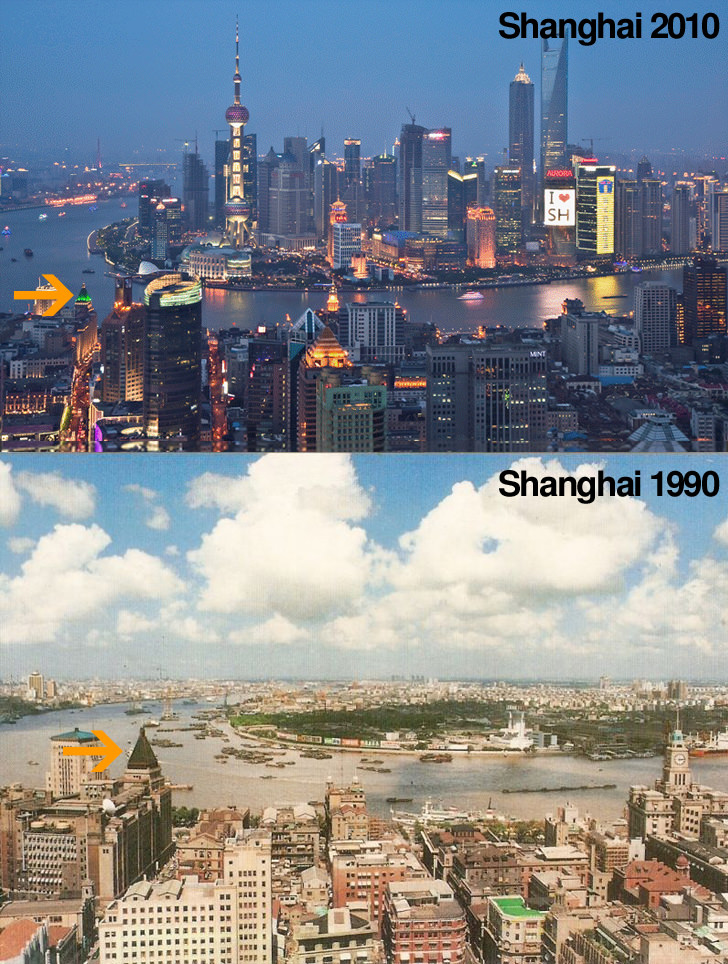 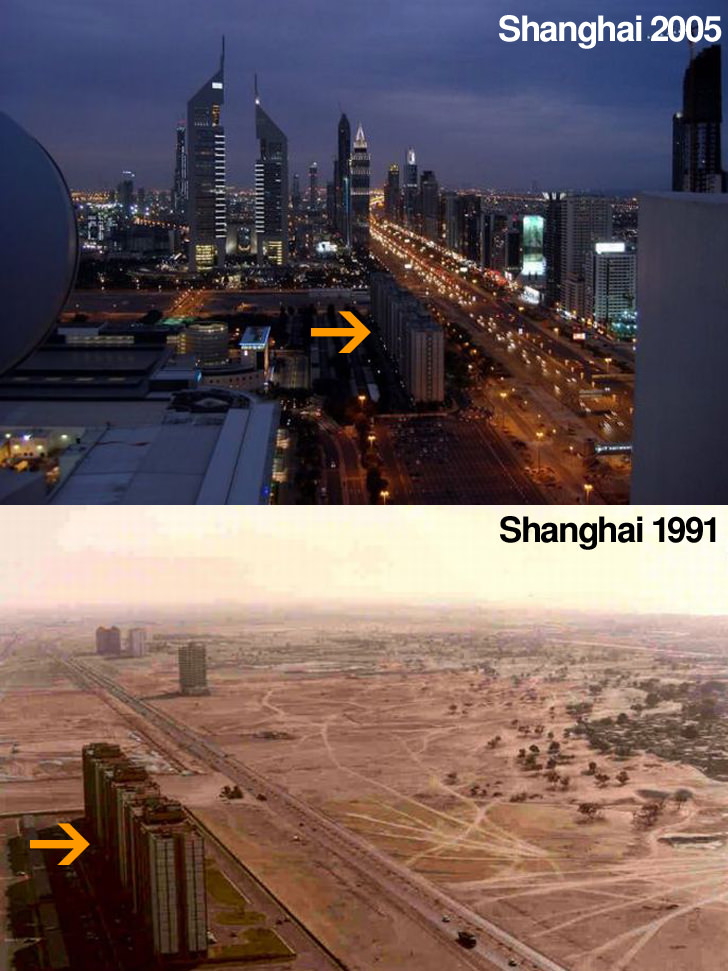 My friend forwarded me a Microsoft Office PowerPoint slides on Dubai, within a span of 10 years UAE’s Dubai managed to transform itself from a desert to a big city, a semi-empty big city filled with foreigners to be exact.

Shanghai on the other hand is still growing at a rapid pace, perhaps too fast for the poor to catch up. If the recently released ‘Looper’ movie indicates anything, the future is China. Unless there is a change in the Chinese mindset, it will be a long and winding road for the Chinese and the world.

“I’m from the future: You should go to China,” an old man advised a young upstart who wanted to relocate to France in the time-traveling thriller Looper. Looper is based on the premise that in 2044 and beyond, the U.S. is a dystopia of poverty and violence where the Renminbi is the black market currency of choice, and cold-blooded killers retire in a gleaming Shanghai.”

To Shanghai and Back – Shanghai Service Apartment and Real Estate