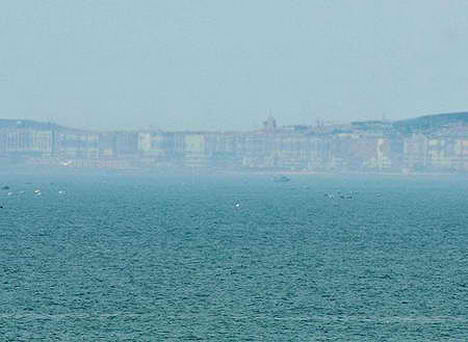 This mirage took place about a year ago, in a small town called Penglai. Just incase you’re wondering what is a mirage, according to the Oxford Dictonary:

We’ve often encounter mirage when we’re driving, those patches of “water”, but the mirage in Penglai appears to be a reflection of Penglai city itself, modern high-rise buildings, broad city streets and bustling cars as well as crowds of people were all clearly visible. Which explain why Penglai is known as the place of gods during the ancient time. An illusion city. 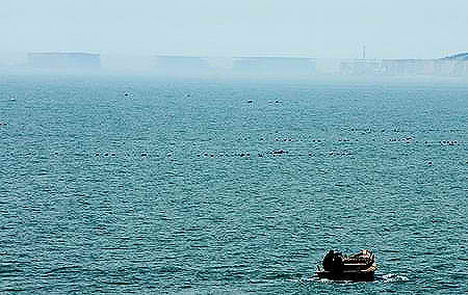 An optical phenomenon that creates the illusion of water, often with inverted reflections of distant objects, and results from distortion of light by alternate layers of hot and cool air. Also called fata morgana. 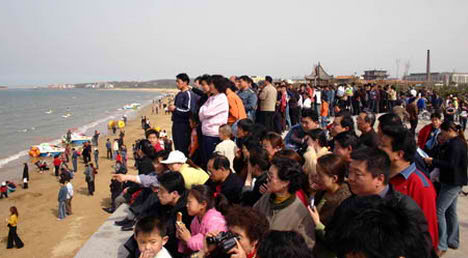 China, A Country Without Memory