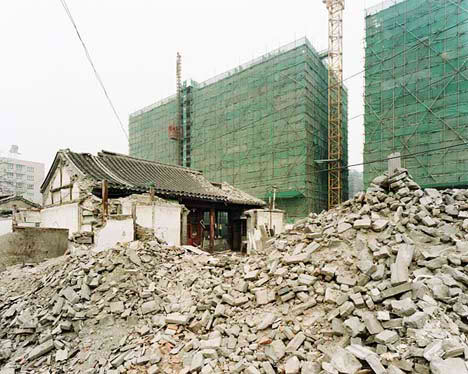 Clearing of the old and making way for the new, tall, definitely soulless apartment blocks. The McDonalization of architecture is China has lead to the birth of disposable architecture, in short, a society that is disposable and not worth caring, cities that are not worth defending.

As new buildings went up, many old buildings fell. Before long the Beijing that the world had once known began to disappear as the city became an industrial sprawl. And in the rapid modernization in the past 10 years, more vernacular architecture have been demolished by real estate developers to make way for shopping malls, hotels and high-rise apartment complexes, to an extend where newly discovered historical site and artifacts are destroyed if it were discovered accidentally by the developer on the construction site, this is to avoid the government from sealing off the construction site and stop all works during the excavation of artifacts. Sad but true. 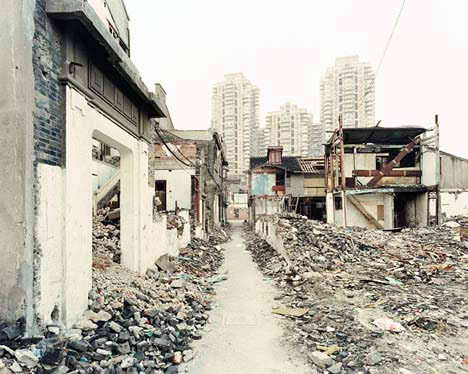 Ming and Qing Dynasty neighborhood of traditional courtyard houses in Beijing being demolished to make way for luxury housing; a city razed as a result of the construction of the Three Gorges Dam, now the largest dam in the world; a new city built to accommodate the relocation of populations whose former cities will be flooded by the Yangtze River; a traditional district in Chongqing waiting to be destroyed, surrounded by new construction; anonymous construction sites marking the empty moment between the erasure of the past and the arrival of the future. – Sze Tsung Leong 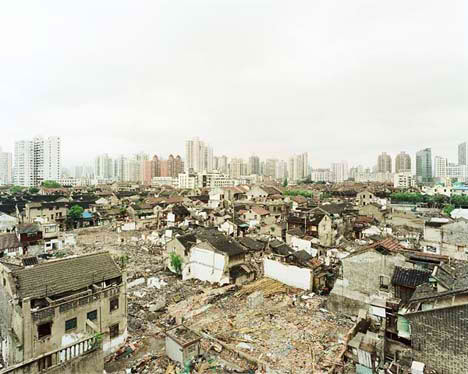 Quote from Trevor Howells, “Of all the arts in the world, none is more fundamental to the way we live than architecture. It is a mirror of our own time and of times gone by, a diary that is written in mud and timber, in brick and stone, in iron and steel, in concrete and glass. Our homes, our public buildings and cities reflect what we are, what we once were – and what we hope to become.”