Norman Robert Foster [ Wikipedia ], Baron Foster of Thames Bank, Kt OM FREng is a British architect whose company, Foster + Partners, maintains an international design practice famous for high-tech architecture. Foster has always considered technology to be an ally. As a child he was immensely excited by machines and their speed – he spent many hours making sketches of and reading about them. 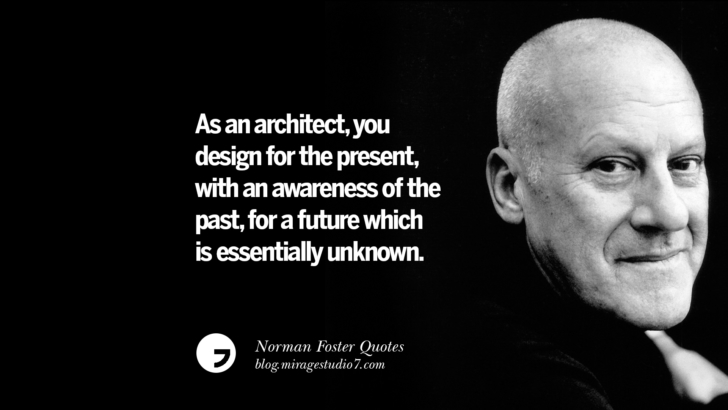 As an architect, you design for the present, with an awareness of the past, for a future which is essentially unknown. 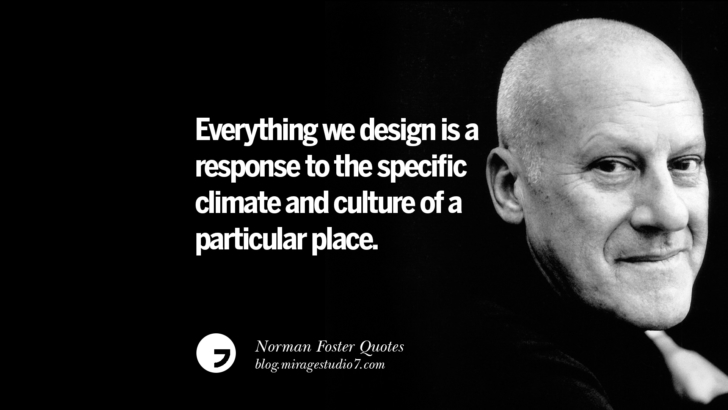 Everything we design is a response to the specific climate and culture of a particular place. 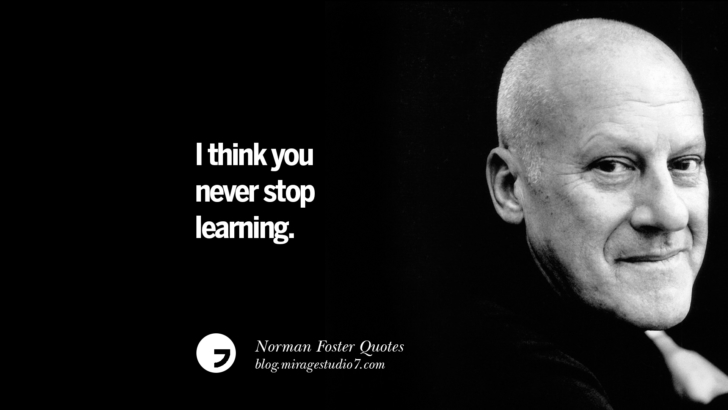 You cannot separate the buildings out from the infrastructure of cites and the mobility of transit. 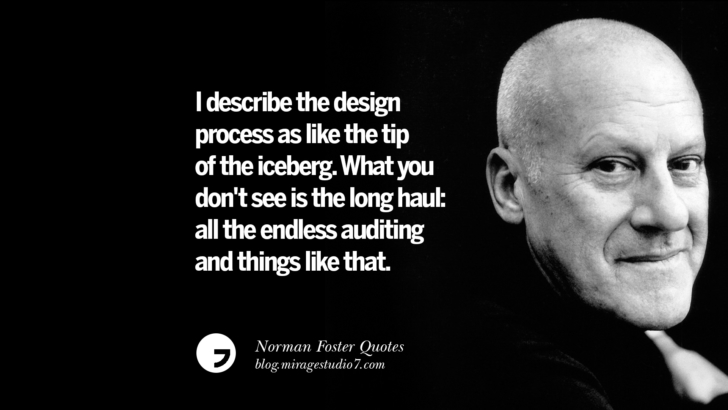 I think you never stop learning. 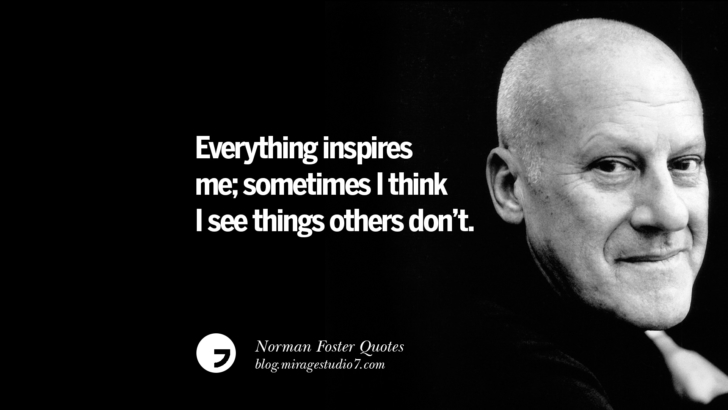 I describe the design process as like the tip of the iceberg. What you don’t see is the long haul: all the endless auditing and things like that. 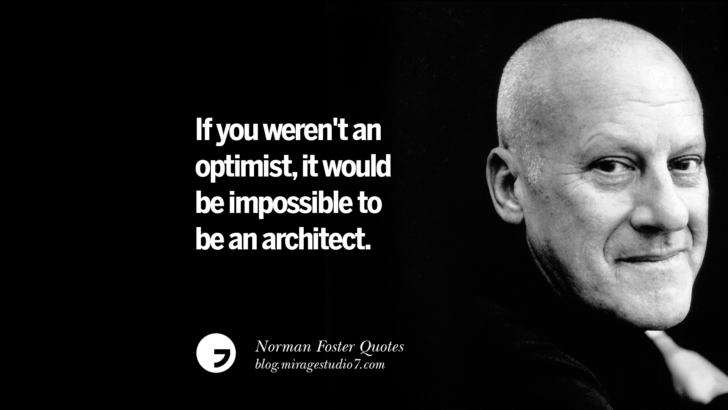 Everything inspires me; sometimes I think I see things others don’t. 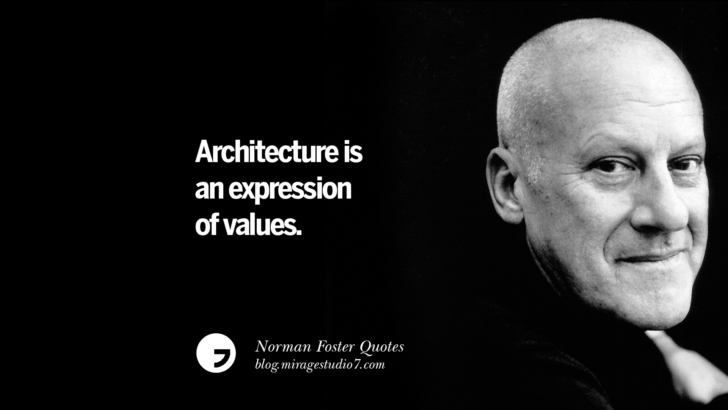 If you weren’t an optimist, it would be impossible to be an architect. 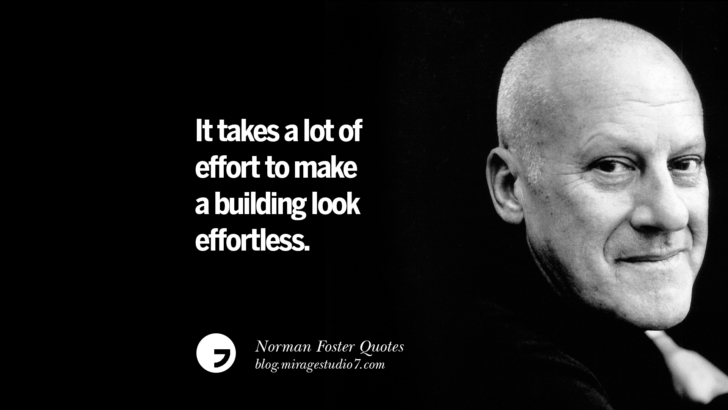 Architecture is an expression of values. 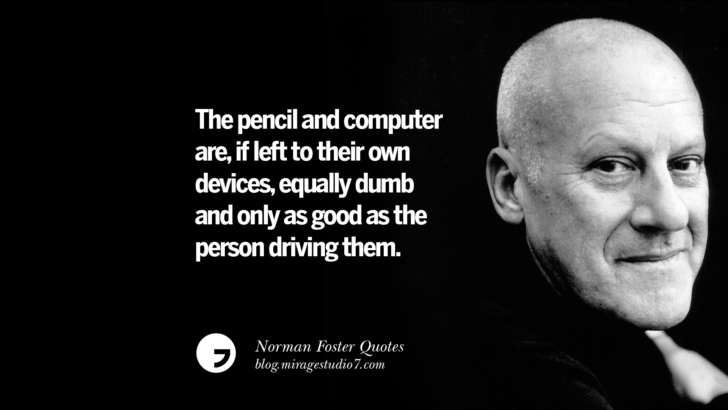 It takes a lot of effort to make a building look effortless. 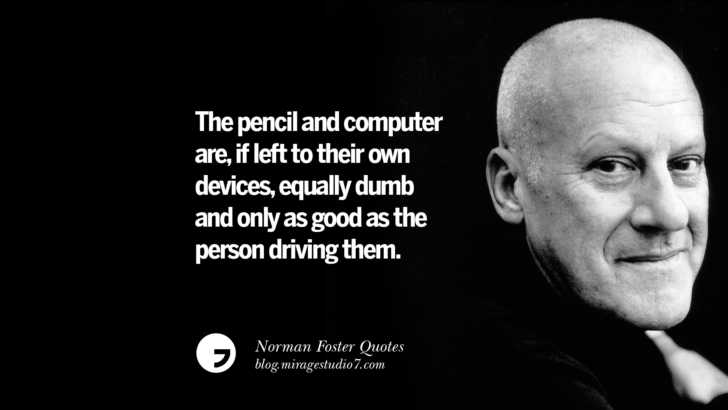 The pencil and computer are, if left to their own devices, equally dumb and only as good as the person driving them.

Norman Foster, Reichstag and the Theatre of Democracy