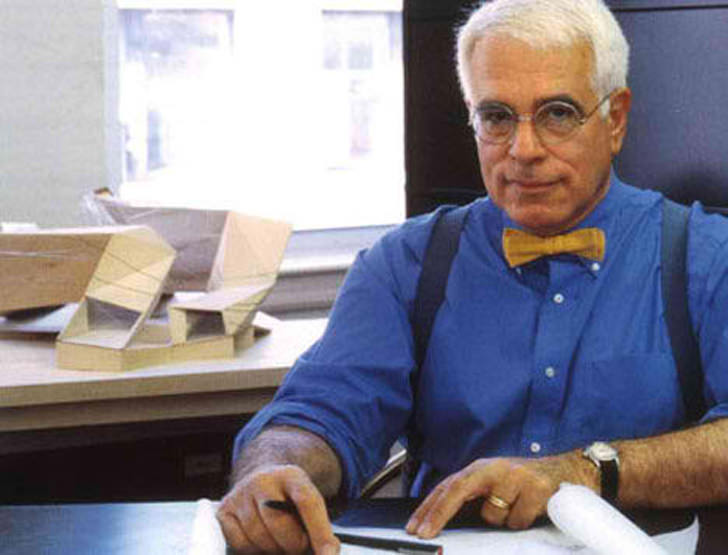 Peter Eisenman, one of the most influential architects of the late twentieth century and one of the founding theorists of postmodern. Eisenman’s work are mainly origins of deconstructivist, I believe he is more of an anti-structuralism, he is better known for his Monument to the Murdered Jews of Europe, if you happen to love Frank Gehry’s work then you’ll most likely appreciate Peter Eisenman’s architecture.

The first application of his theories comes about with the series of houses Peter Eisenman designs, known as House I (one) to House X (ten). According to him:

The house is not an object in the traditional sense – that is the end result of a process – but more accurately a record of a process. 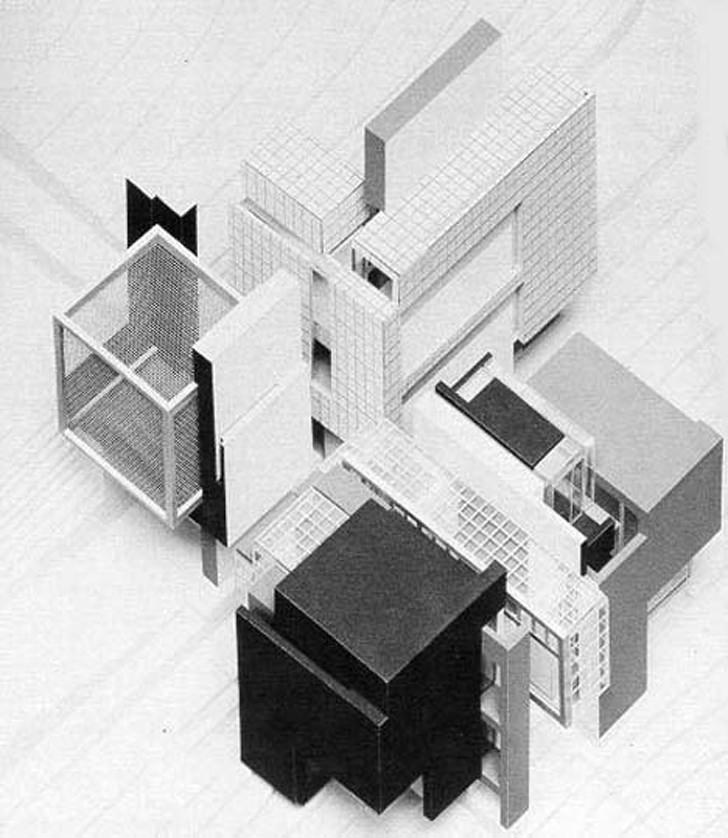 Above is an image of House X, I find it rather amusing that he name the house in numeric order instead of the actual owner, which probably describe his philosophy on architecture is a record of the process.

The most successful house among the ten is House VI, deigned for clients Richard and Suzanne Frank, House VI has an exterior column that does not reach the ground, a linear notch in the bedroom floor that prevented the Franks from sleeping in the same bed, and antagonistic space planning. Suzanne Frank was mad at Peter Eisenman and wrote an essay on it:

Too often, architects — like most artists, somewhat self-absorbed — pay little attention to the true function of a structure: that it be ultimately livable. In this, they even forget that when Form Follows Function, function should include keeping the clients dry. This requirement should not be an impediment to great architecture. Often enough, architects choose to ignore it (while complaining that contractors can’t build to their demanding standards). In Peter Eisenman’s House VI, the architect set out to illustrate, in wood and glass, his personal theory of house construction that totally explodes the cultural and historical idea of house. This was his intent, and it included abandoning the idea of “function” in any traditional sense. Can it be any surprise then that, even for a tolerant and sympathetic client, the result would be difficult to inhabit?

PushPullbar and Archinet (Interview) has an on going discussion on Peter Eisenman. 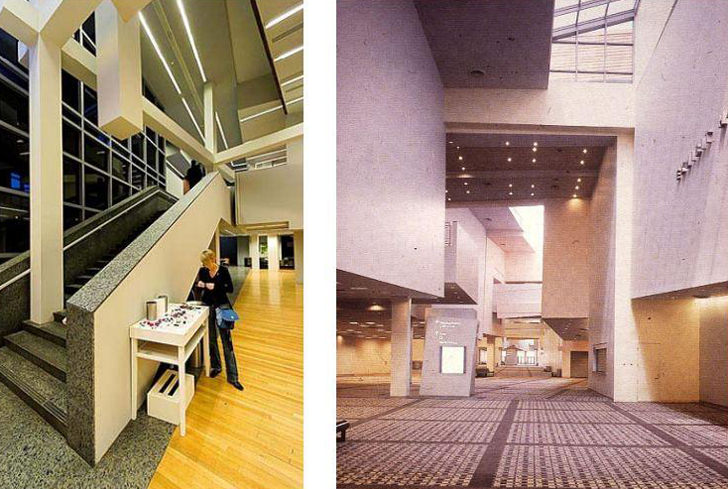 The inside stairs at the Wexner Center, image by frensterbme. The column is out of place and do not reach the ground, beams that carries no loads, I’ll be a professional student for the rest of my life if I were to design something like that. 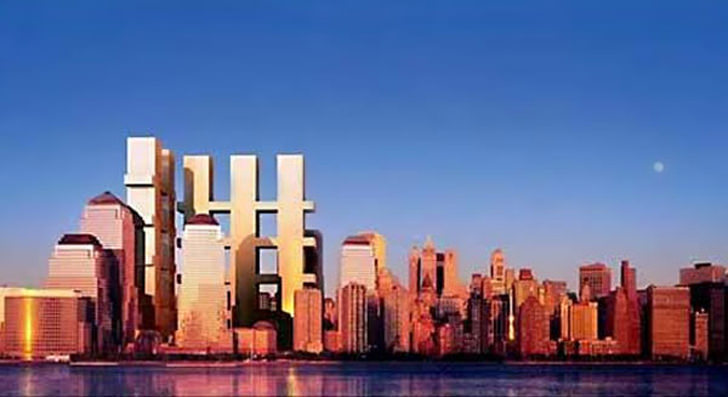 They called it the tic-tac-toe building, that is his proposal for the World Trade Center, I won’t say it is entirely ugly (most of them at least) to be quite interesting, especially those he designed in recent years, and often quite beautiful, in a torturous sort of way. To wrap things up, Peter Eisenman’s favorite quote is:

“SPACE IS THE PRESENCE OF ABSENCE”

It sounds like an aberration of Lao Tzu (c. 600 B.C.E), “Absence of presence enters absence of space”, in a layman’s terminology it translate as ‘I love you but I haven’t met you yet’, sounds like a mother and her soon to be born child relationship.

Q: What did Peter Eisenman’s son get for his birthday?
A: The Absence of Presents!