Bought these beautiful postcards 12 years ago in Suria KLCC, a shopping mall inside the tallest twin towers in the World. Contrary to popular believes on ‘The Good Old Days Are Better’, I tend to disagree. Life is better now, not then. Call it what you want, the Islamic Golden Age, the Chinese Golden Age, the Spannish Golden Age and what not, truth is we as the average joe owns more stuff and have more liberty when compared to what the average joe had in those golden age.

Without further ado, enjoy these amazing watercolor paintings of the amazing British Malaya when it was under the British empire. 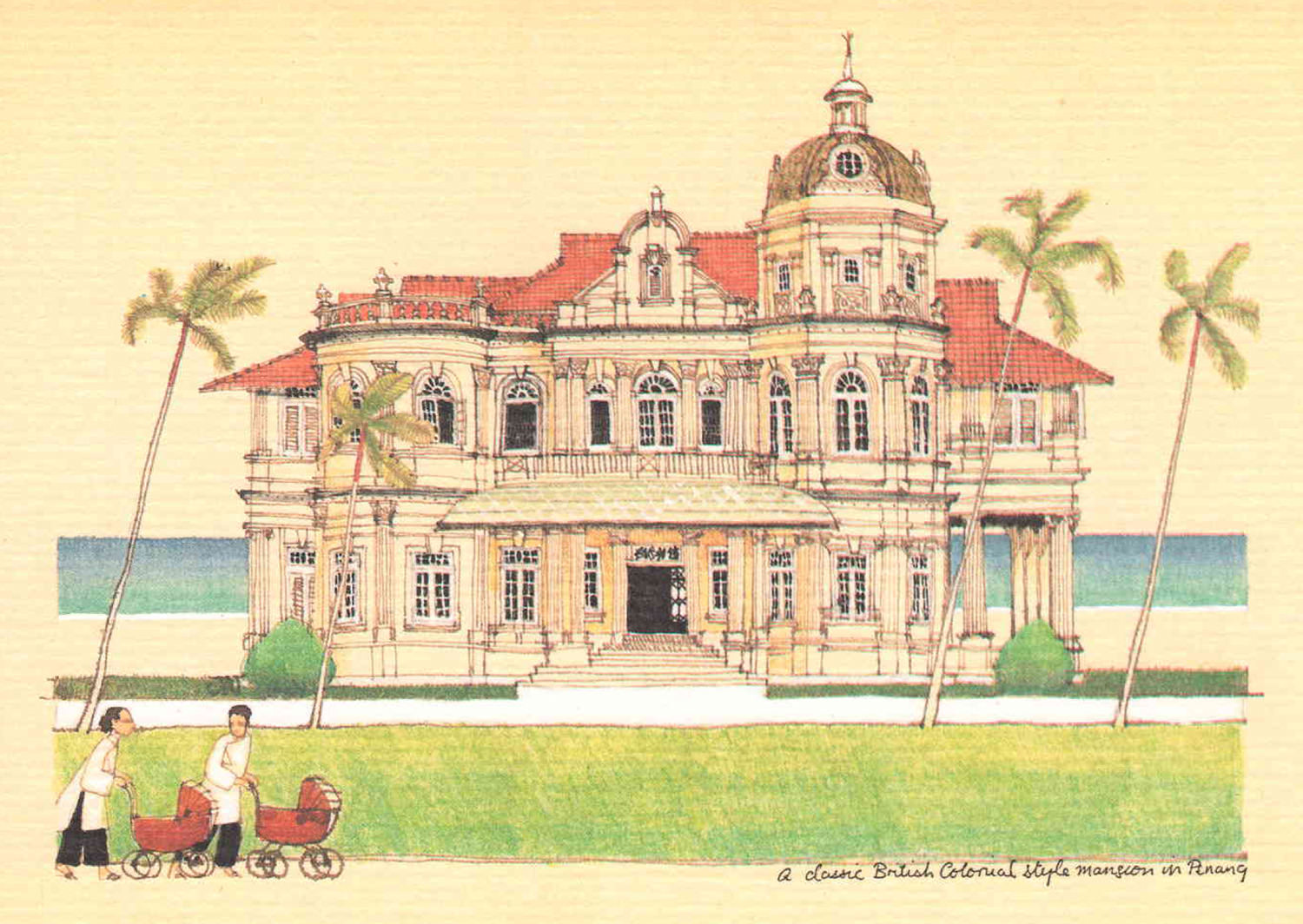 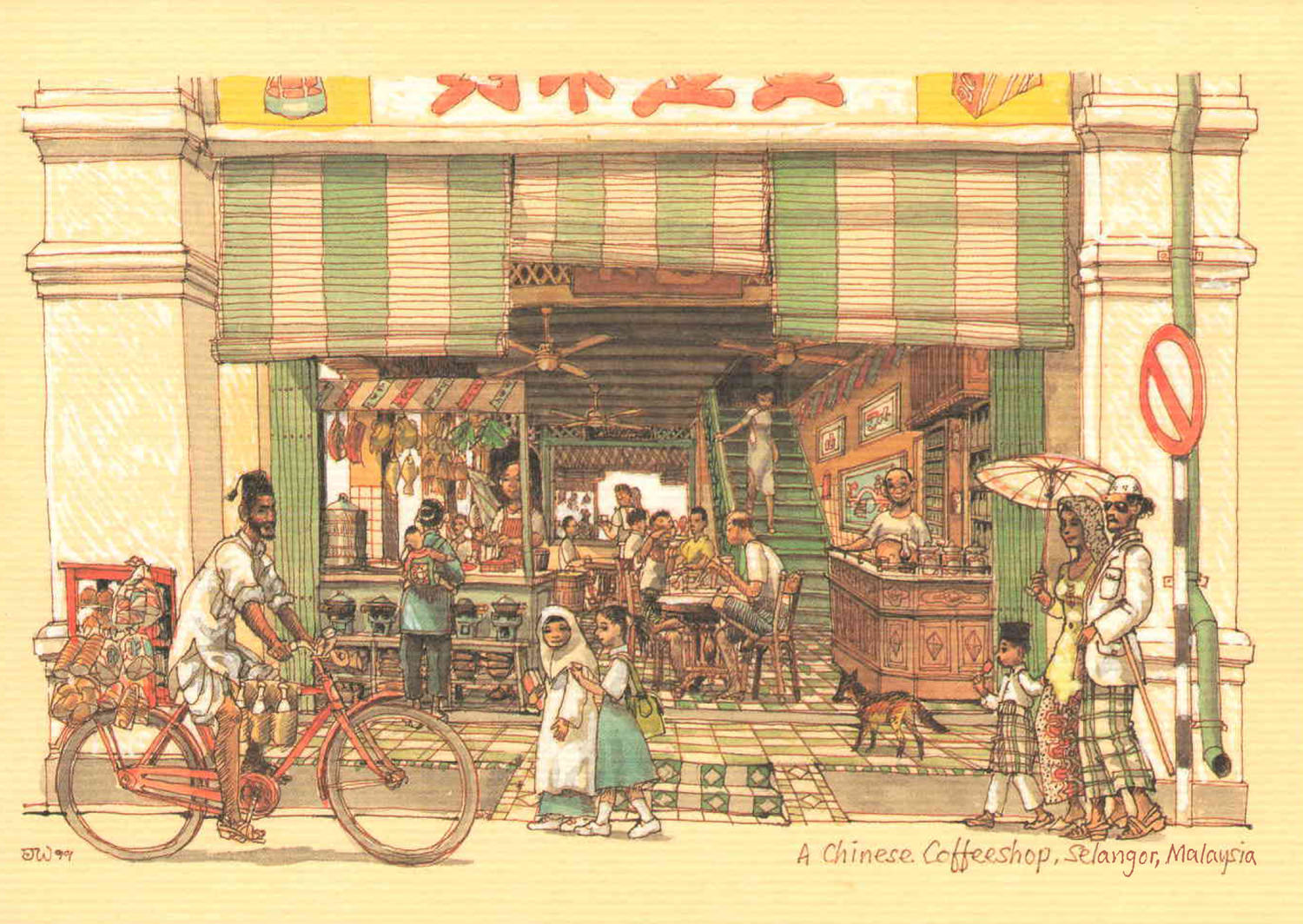 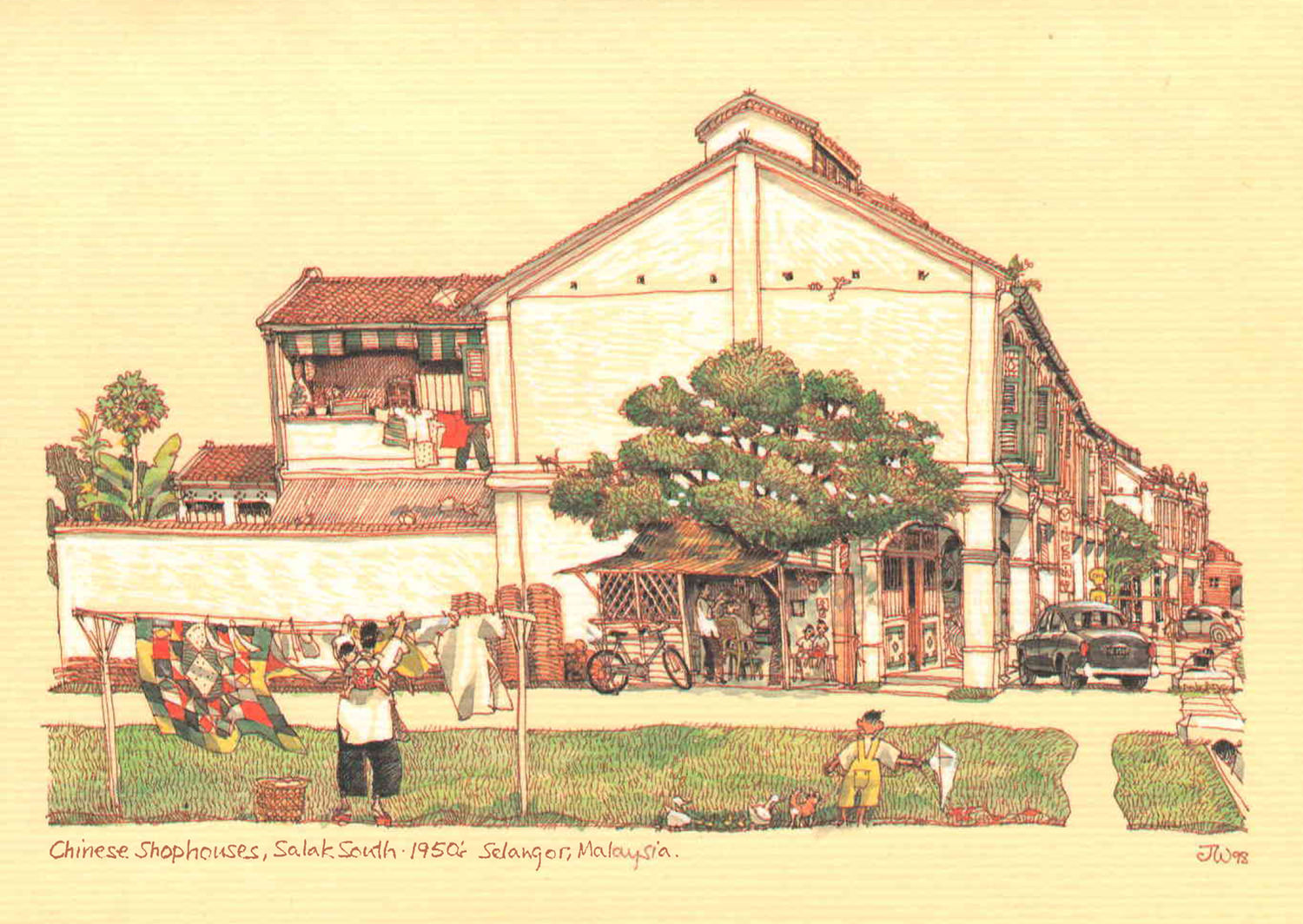 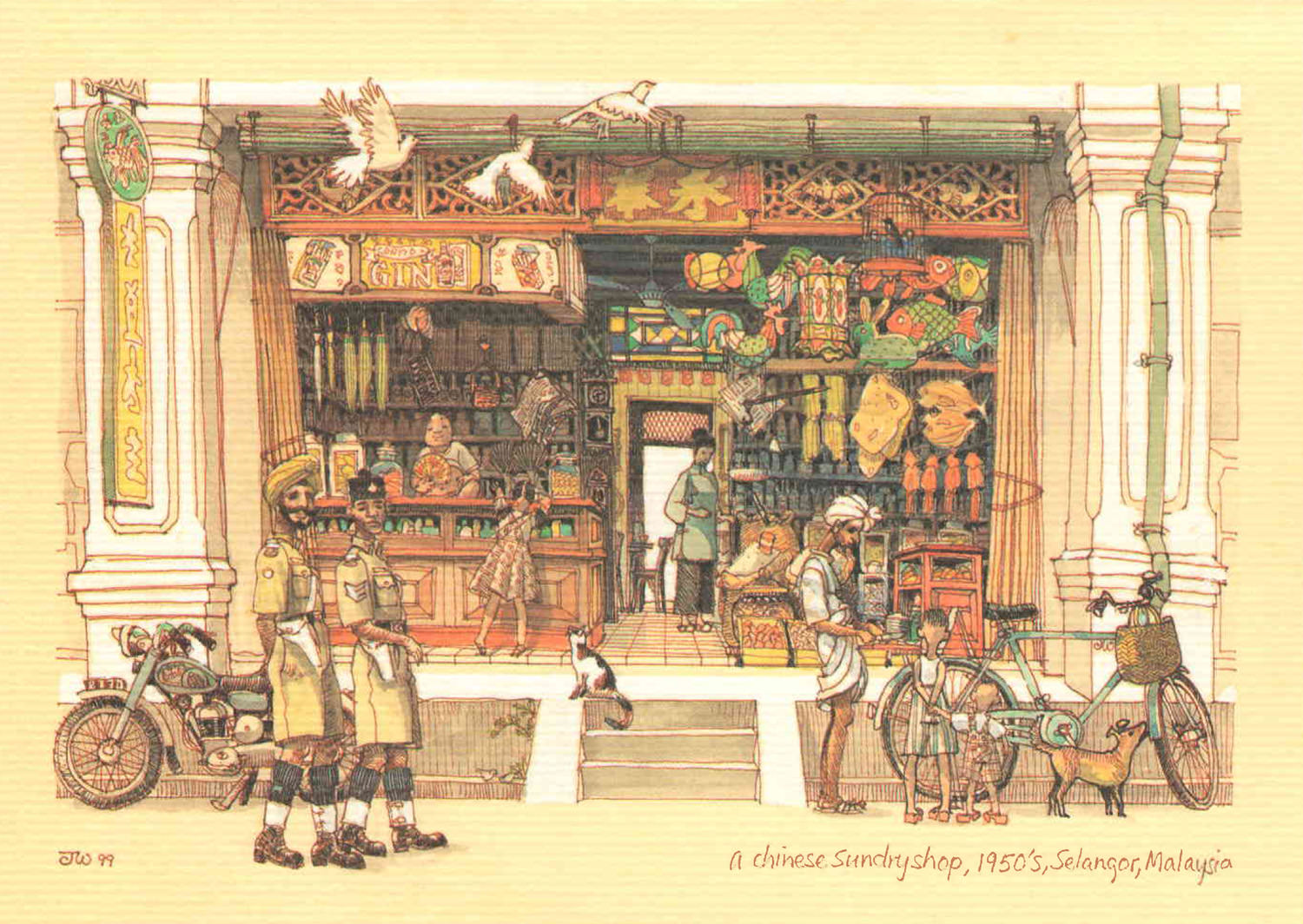 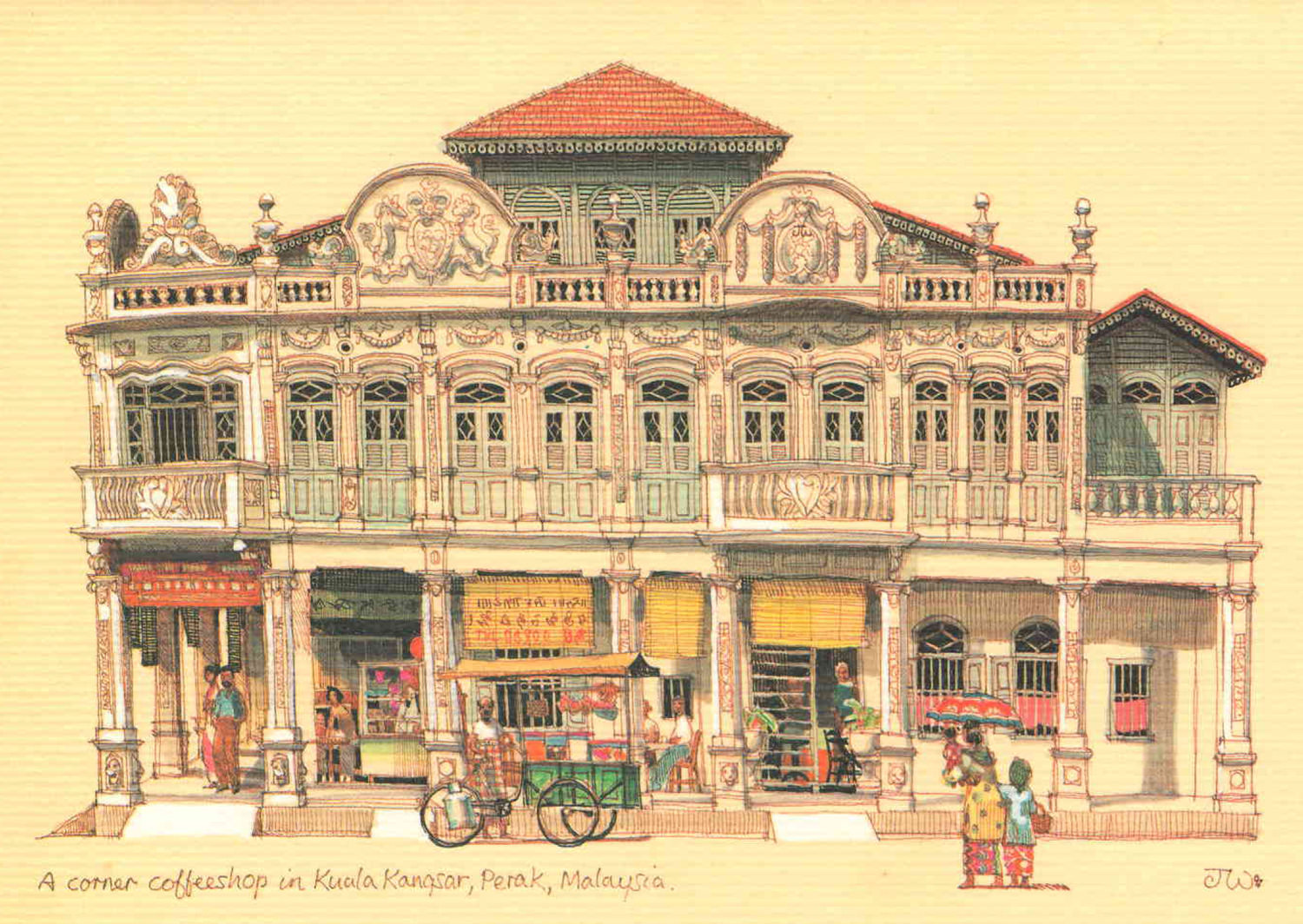 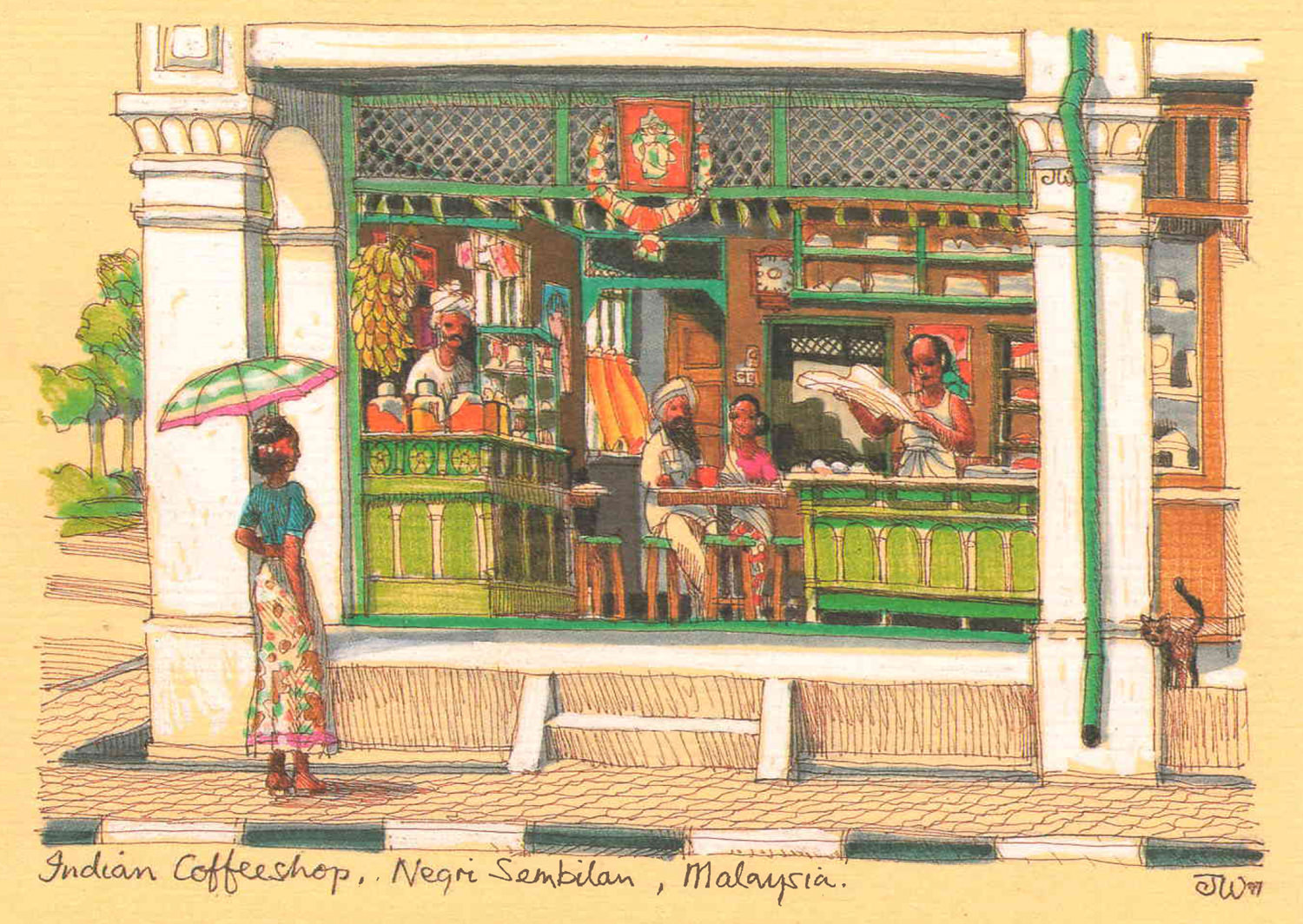 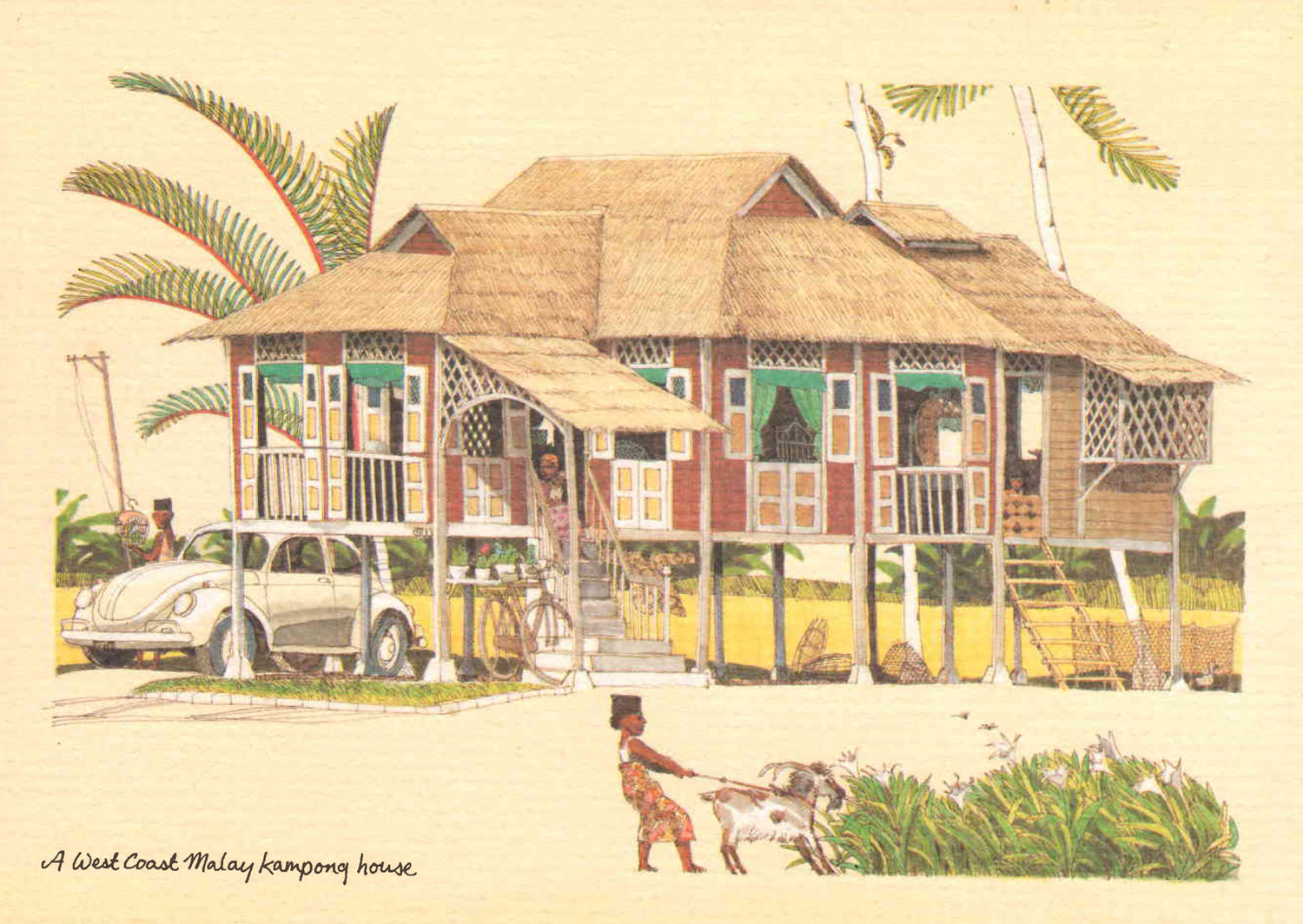 “Traditional architecture is a result of man’s, elemental needs and his intricate relationship with society and the environment he lives in. In an era when the real world appears to sublimate into cyberspace, an explicit desire for a return to the past is perhaps understandable.” – William S.W. Lim