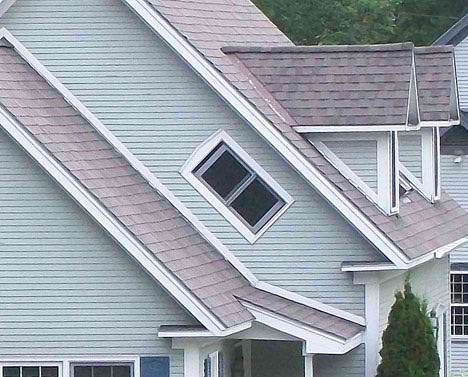 Witch window, only in America. How in the world would you hang a curtain over one of those things?

In American vernacular architecture, a witch window (also known as a Vermont window, a coffin window, or a sideways window) is a window (usually a double-hung sash window, occasionally a single-sided casement window) placed in the gable-end wall of a house and rotated approximately 1/8 of a turn (45 degrees) from the vertical, leaving it diagonal, with its long edge parallel to the roof slope.

The name “witch window” appears to come from a superstition that witches cannot fly their broomsticks through the tilted windows. The windows are also known as “coffin windows”; it is unclear if they really were used for removing a coffin from the second floor (avoiding a narrow staircase), or if the odd placement on the wall was reminiscent of a coffin. Either explanation seems far-fetched. – Wikipedia

Photoshop Tutorial – Transform a Photo into an Architect’s Blueprint Drawing