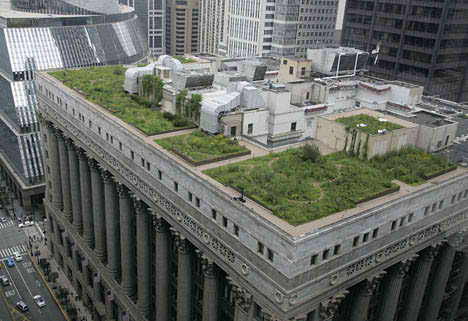 I came across an interesting article on the latest Time Magazine, it is about greening rooftops. According to the magazine, in an effort to conserve energy, reduce storm water runoff and deflect heat, the roof of Chicago City Hall has been transformed into a brilliant garden. Undeniably it is a good idea, since urban landscape viewed from above can sometimes be an eye sore, ugly in short, or at least that is what most people perceived it to be.

Green roofs are not limited to the city; instead it is what cities around the world needed the most. Chicago has 214,000 sq/m of rooftop gardens and many more on the way. 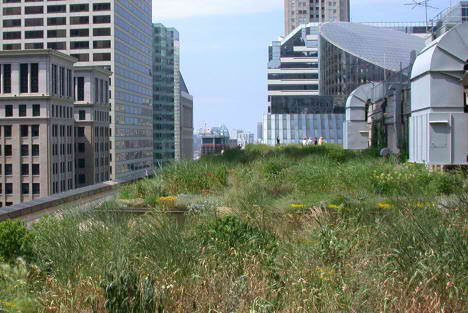 Its something organic but what type of vegetation are those?

Though green roofs are typically planted with only sedums and low grasses, the planting palette has been expanded significantly to accommodate research related to the viability of over 100 species of plants. The variety of plants include native prairie and woodland grasses and forbs, hardy ornamental perennials and grasses, several species of native and ornamental shrubs, and two varieties of trees. Source: Asla.org

What a waste, I doubt anyone would want to stroll through that garden, they should have grown corns on the roof top, harvest it and feed the poor.