Communism is dead and poor old Lenin must be turning inside his grave right now, there is an old saying and it goes: ‘There are no bad guys or good guys, just winners!’

History as we know has been re-written by winners, and the losers are usually labeled as the bad guys, that’s politics and politics works pretty well with architecture as a propaganda tool, and nobody knows better than the communist, The Soviet Union decided the best way to show up the West was through building the biggest version of any given object.

Magnitogorsk
Joseph Stalin whose name means ‘Man of Steel’ in Russian knew that steel is the future, it is cheaper, lighter and flexible than concrete, steel promise what the Russian needs desperately – an identity. To the east, in the southern Ural Mountains there is an entire mountain of pure iron ore, the key ingredient for steel, what Stalin did in 1929 was to build an entire city not out of steel but for mining steel.

The construction of Magnitogorsk City took about five years and it is able to house 450,000 inhabitants. Steel production began in 1934, but shortly after World War II the iron ore ran out and the city’s economy collapsed. 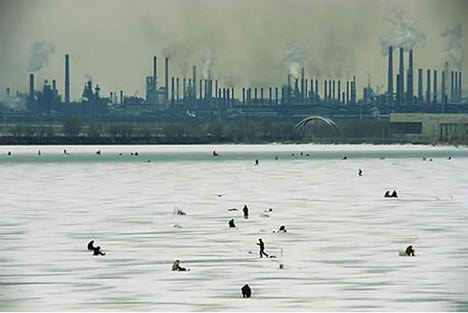 The Baltic – White Sea Canal
This time around, Stalin wanted to connect the Baltic Sea with the key port of Leningrad to the White Sea’s port of Archangelsk. The idea is to provide the flexibility for the Soviet Army to move back and forth between these two different sea if a war broke out. Completed in 1933, the canal was completely useless for its length it was too shallow to admit anything larger than a small barge. 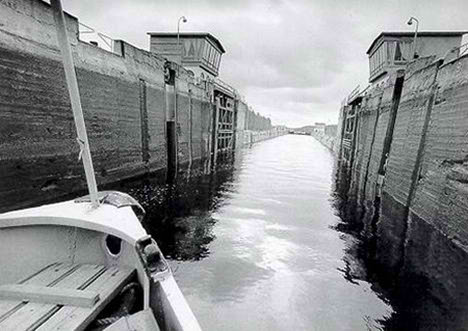 Avant-garde Design for a Funkier Parliament

Designed by Vladimir Tatlin in 1920, the Monument to the Third International was a huge spiraling iron structure meant to house the new Soviet government. This new curving wonder with its funnel-shaped structure was meant to encase three smaller assembly area that rotates. So huge was this structure, it was never constructed because it required more steel that the Soviet Union can produce in a year. 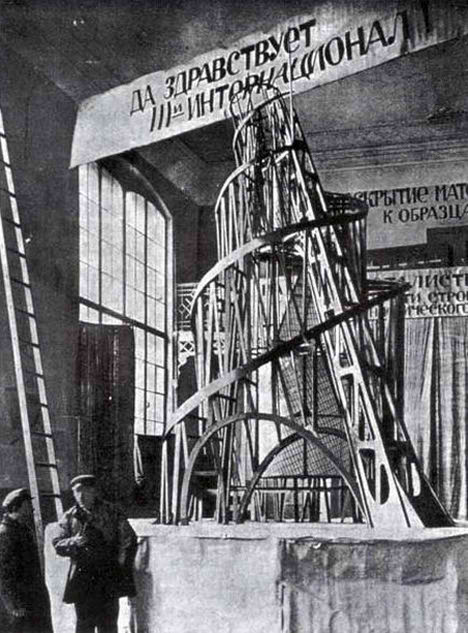 A Palace for the People

This time Joseph Stalin ordered that the largest Orthodox Christian cathedral in the world to be dynamited so he could build an enormous “Palace of the Soviets.” The demolition of the cathedral was the first phase but the construction phase never took off as necessary resources were diverted to fight off the Nazis.

This mad scheme was drafted possible due to the idea that the tallest building in the world at that time was the Empire State Building and the biggest statue is the Statue of Liberty, both in a capitalist and democracy country. Competition produce results but this is an unhealthy competition. 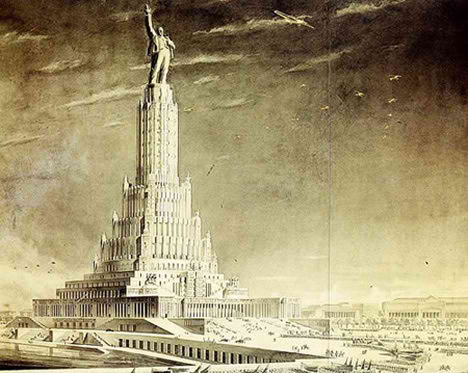 Berlin’s Palace of the Republic

The Diary by Trevor Howells