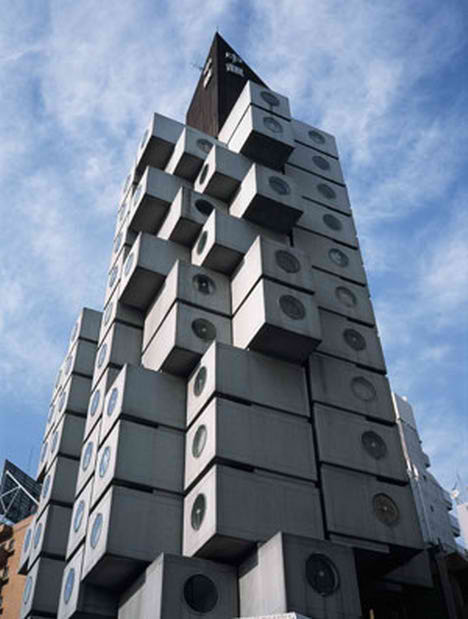 Its official now that one the Nakagin Capsule Tower by Kisho Kurokawa has a date with the wrecking ball. The Capsule Tower, completed in 1972, composed of two concrete towers, respectively 11 and 13 stories, each encrusted with an outer layer of prefabricated living units.

The Capsule Tower express a unique design quality, which is flexibility. The Capsule or also known as the boxes can be remove and replace with an updated unit as long as the base tower remain untouch, but the building’s management decided to demolish it knowing that the capsules can be easily replaced with a newer version, reason being that the newly proposed tower will have an increase of floor area by 60 percent.

I guess they’re right about the quote “architecture is the art of wasting space.”