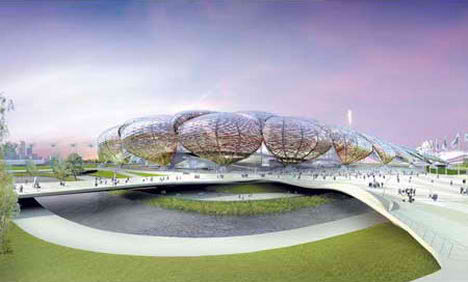 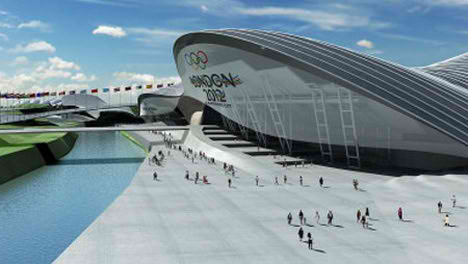 London 2012 has released stunning new images of the state-of-the-art Olympic Stadium at the heart of the capital’s plans. The computer-generated illustrate an 80,000 seat capacity stadium; its design was inspired by the human form with its roof forms reminiscent of the way that muscles support the body. The park will also include a 20,000 sear aquatics center, design by Zaha Hadid, it has a dramatic S-shaped roof. Image above belongs to London 2012, for more information and stunning images, visit

Cities have long used the Olympics to reinvigorate their infrastructure and image. Barcelona revamped itself for the 1992 games with a recovered waterfront, new highways, and stadiums by masters like Rafael Moneo; Athens built new roads, subways, and grand stadiums by no less a figure than Santiago Calatrava for the 2004 games; and Beijing is putting together a dazzling mix of new architecture, such as Herzog & de Meuron’s nestlike stadium, for 2008. Architecture is also being used as a powerful tool to win the games themselves. The competition for the 2012 Olympics has engaged some of the world’s most renowned architects, engineers, and landscape designers bent on wooing the attention of the International Olympic Committee. Architects’ bids were submitted in late November, and the winner will be chosen in July 2005. In the meantime, design teams have created possible venues, parks, and master plans that should raise eyebrows among the Olympic powers that be, not to mention Olympic fans. – Sam Lubell