Louis Henry Sullivan [ Wikipedia ] was an American architect, and has been called the “father of skyscrapers” and “father of modernism”. He is considered by many as the creator of the modern skyscraper, was an influential architect and critic of the Chicago School, was a mentor to Frank Lloyd Wright.

Sullivan is accredited for developing the aesthetics and dynamics for the first skyscraper. Some of his highly acclaimed and notable works include Auditorium Building, Chicago, the Guaranty Building, Buffalo, New York, and the Wainwright Building, St. Louis, Missouri. 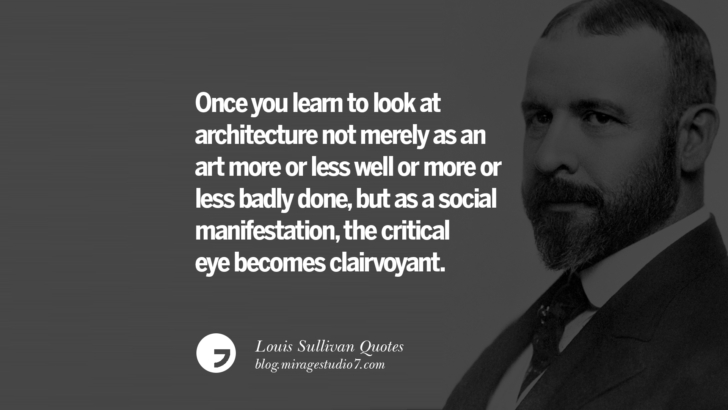 Once you learn to look at architecture not merely as an art more or less well or more or less badly done, but as a social manifestation, the critical eye becomes clairvoyant. 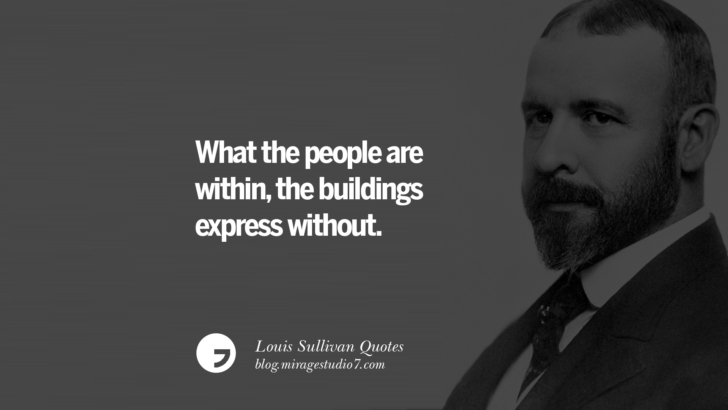 What the people are within, the buildings express without. 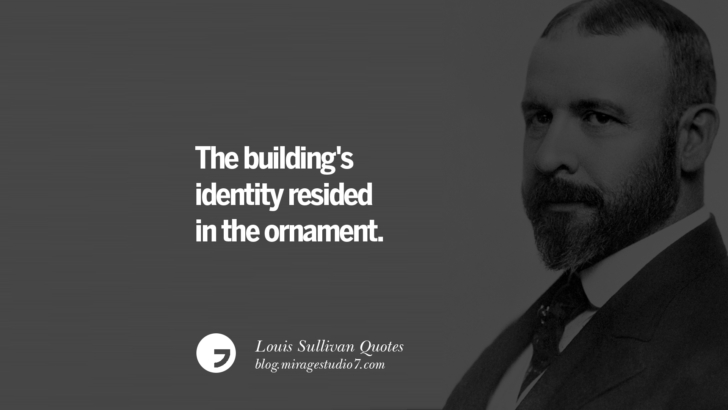 The building’s identity resided in the ornament. 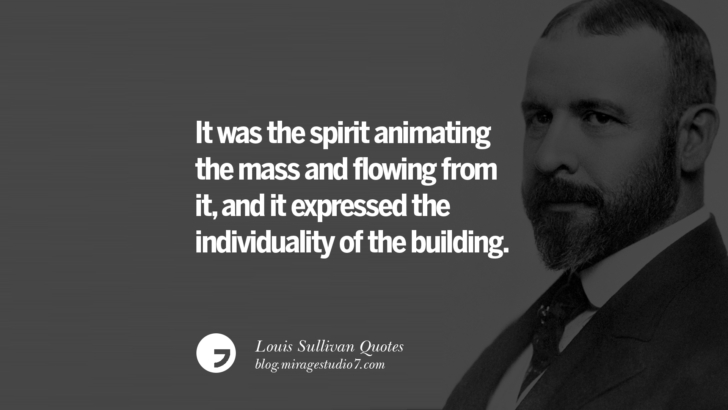 It was the spirit animating the mass and flowing from it, and it expressed the individuality of the building. 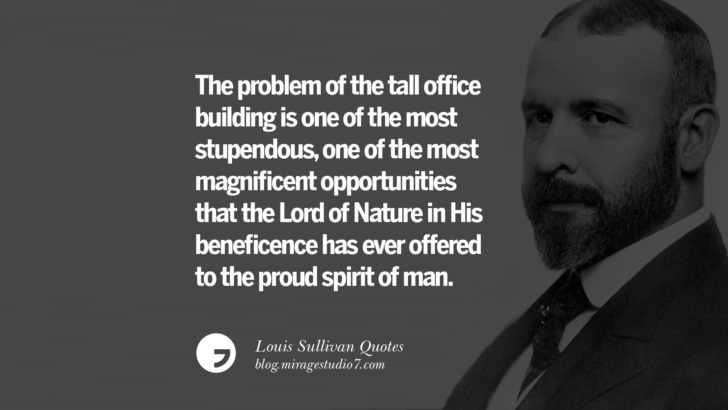 The problem of the tall office building is one of the most stupendous, one of the most magnificent opportunities that the Lord of Nature in His beneficence has ever offered to the proud spirit of man. 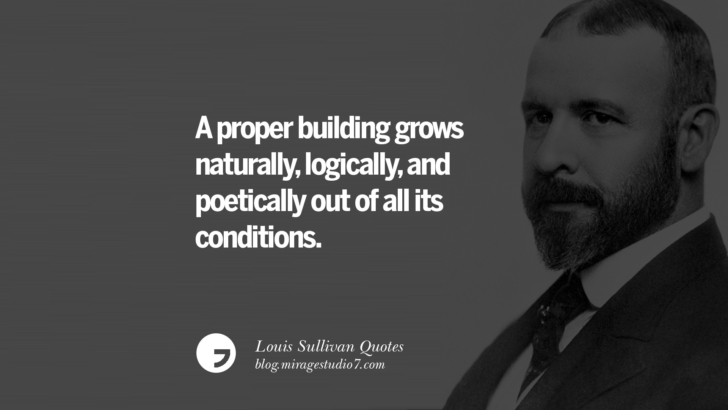 A proper building grows naturally, logically, and poetically out of all its conditions. 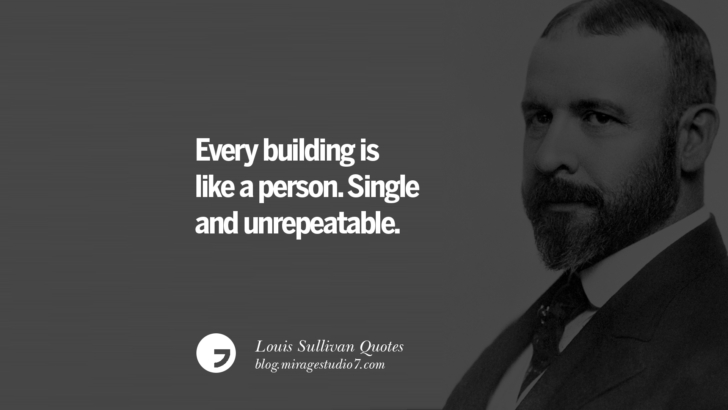 Every building is like a person. Single and unrepeatable. 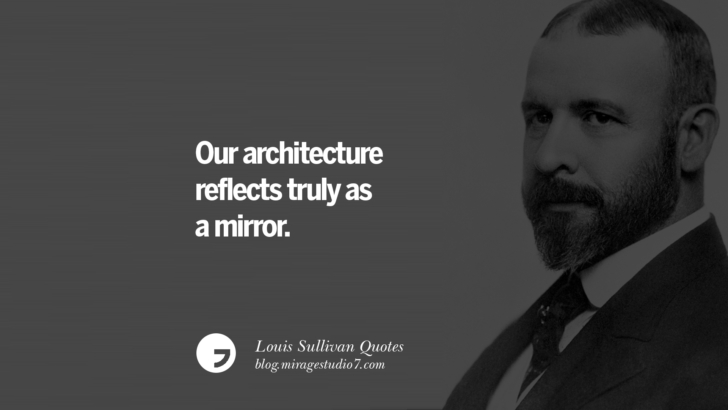 Our architecture reflects truly as a mirror.