According to Danny Lyon, designing cities was the job of emperors and kings during the medieval age, today; it takes a dictator to build a city. Burma’s new capital city Naypyidaw, or also known as Abode of Kings in Burmese , is being built about 460km north of the old capital, Yangon. The official explanation for the move is that Yangon had become too congested and crowded, with little room for future expansion of government offices.

Naypyidaw is being built on a vast tropical scrubland, only a few shining new buildings rise out of tropical scrub like a mirage, unlike the former capital Rangoon, Naypyidaw have broad highways and French like boulevards. 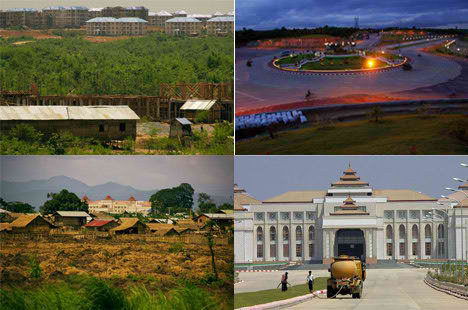 Sounds all too familiar – capital too crowded and congested, a whole new admin city, broad highways, boulevards, this reminds me of Malaysia’s ex prime minister Mahathir Mohamad and his newly build admin city – Putrajaya. The end result? Both cities are soulless.

James Howard Kunstler on his talk on The tragedy of suburbia clearly outline the main element in making a great city – density. Dictators and politicians are not architects and they should stay away from making any decisions regarding city planning, including Mahathir Mohamad.

Danny Lyon was wrong about killing all the architects, sometimes we do need them, and can you imagine living in the cities like Naypyidaw? Unlike Putrajaya, Naypyidaw is the world’s only national capital without mobile phone service or international flight connections.

Sequential One (Blog) has an in depth review of the new capital and lots of photos.

Things are not so bad for the dictator and his cronies in Burma, they are enjoying life to the max while the people of Burma are starving, with both petrol and diesel doubled in price, while the cost of compressed gas – used to power buses – increased five-fold, the military shows no sign of giving up their powers. The daughter of the dictator’s opulent state wedding draws gasps in poor Myanmar and the corrupt life of the military.

The lavish wedding video of Thandar Shwe, youngest daughter of Burmese dictator Than Shwe was leaked by an insider and found its way to YouTube – Thandar Shwe’s Wedding. 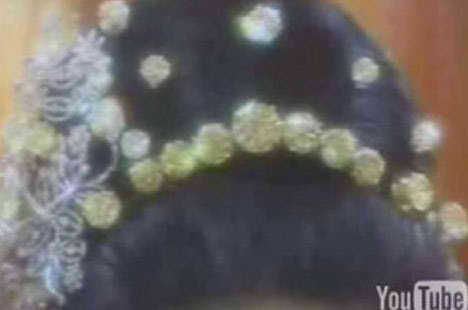 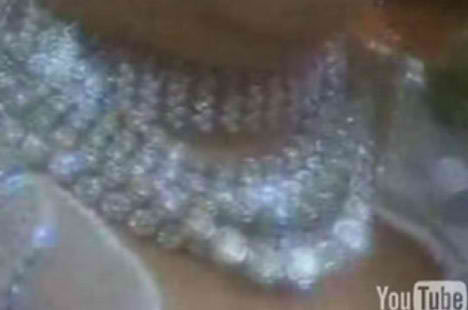 Singapore senior mentor or better known as the founder of modern Singapore said she wore so many diamonds as if she was a Christmas tree! 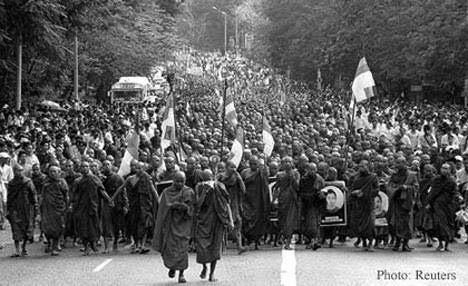 Last month, monks in Burma took the street, demanding for democracy. The government sent troops from the new capital to brutally suppress the protests. At least 3,000 people are believed to have died. Hundreds, some say thousands of monks are murdered, tortured, and killed when the protest turned ugly. I’m not going to post these images of dead monks in pool of blood, google for them.

The hikes hit Burma’s people hard, forcing up the price of public transport and triggering a knock-on effect for staples such as rice and cooking oil, initially I thought the army would revolt, I was expecting an internal dispute between the army and their leader since it is their families or relatives that are effected in the sudden price increase of goods. I was wrong.

Al Gore in his Inconvenient Truth documentary has this quote that pretty much describe everything – it is difficult to get a man to understand something when his salary depends upon his not understanding it.

Naypyidaw was build not because Yangon was over crowded, the real concern that the soldiers were becoming contaminated by the masses in Yangon and being made soft by the increased standard of living in Yangon.

Living condition is better in Naypyidaw, bigger apartments for civil servants, water and electricity are free, the city has 10 tv channels compare to 6 in Yangon, and the best part is the people of Naypyidaw enjoys a 24-hour supply of electricity, a rarity in Burma.

Rumors has it that the surrounding hills of new capital city are honeycombed with bunkers, Secure in its remote new capital with better living condition, the military still shows no signs of loosening its grip on Burma.

Winston Churchil was right about architecture, “We shape our buildings, and thereafter they shape us.” The dictator of Burma may not be an expert in architecture, but he understands the power of architecture.

Perth, the city that sleeps