Best known for designing a house made out of glass, Philip Cortelyou Johnson [ Wikipedia ] was an American architect. He is best known for his works of Modern architecture, including the Glass House in New Canaan, Connecticut.

In 1978 Johnson was awarded an American Institute of Architects Gold Medal. In 1979 he became the first recipient of the Pritzker Architecture Prize the most prestigious international architectural award. Some of his best known works are Glass House, Seagram Building, 550 Madison Avenue, IDS Tower, PPG Place, and Crystal Cathedral. 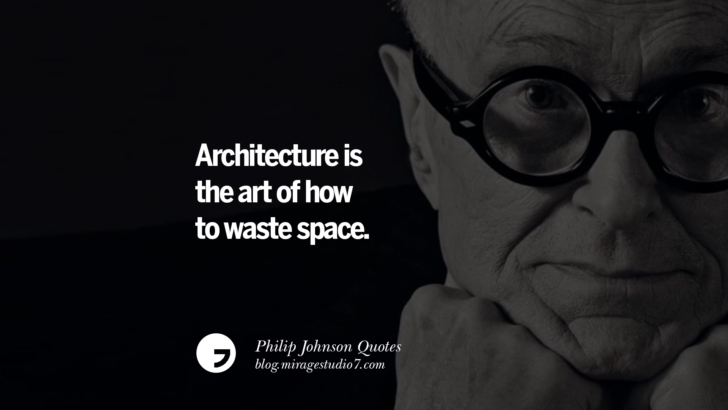 Architecture is the art of how to waste space. 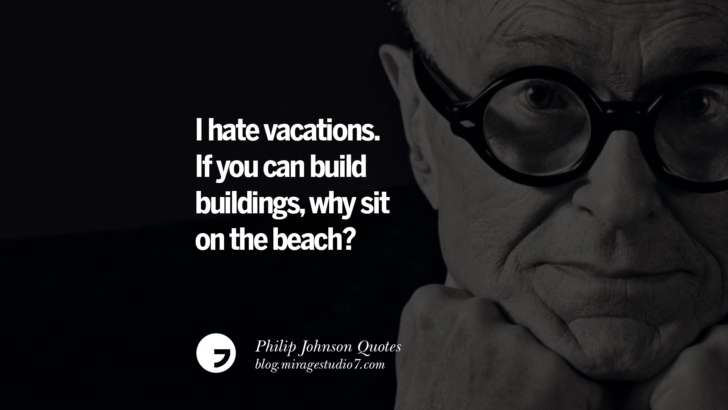 I hate vacations. If you can build buildings, why sit on the beach? 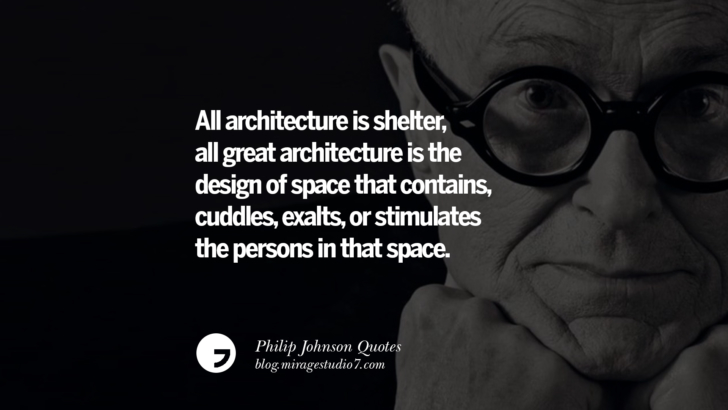 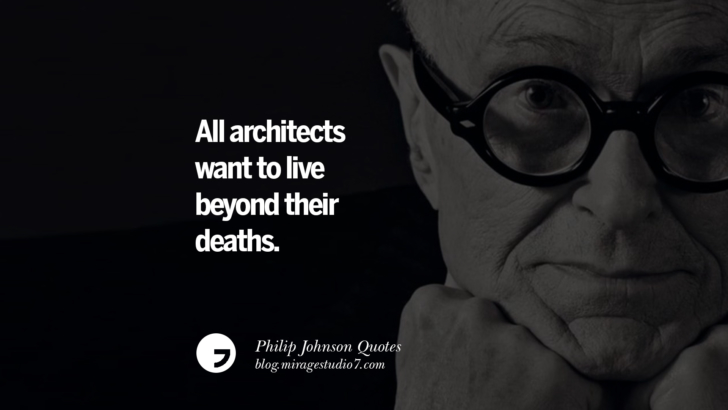 All architects want to live beyond their deaths. 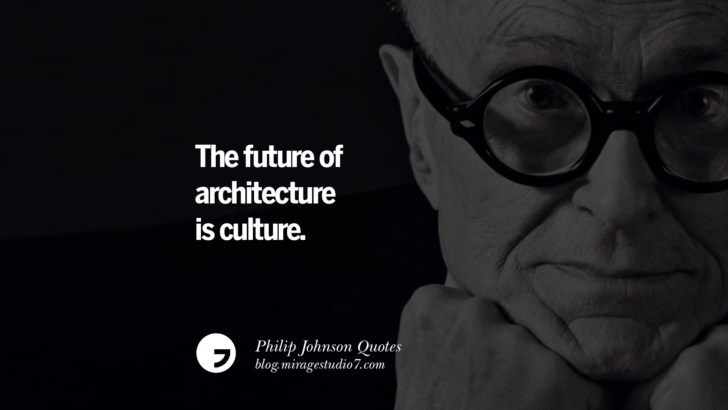 The future of architecture is culture. 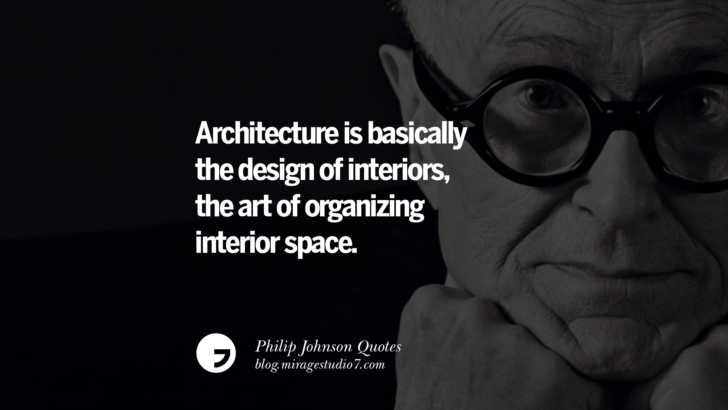 Architecture is basically the design of interiors, the art of organizing interior space. 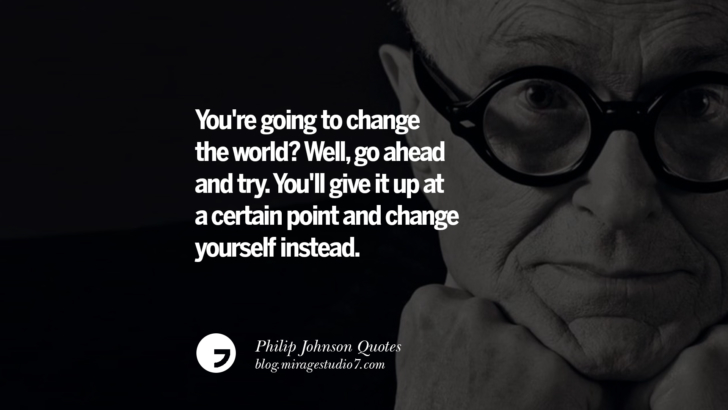 You’re going to change the world? Well, go ahead and try. You’ll give it up at a certain point and change yourself instead. 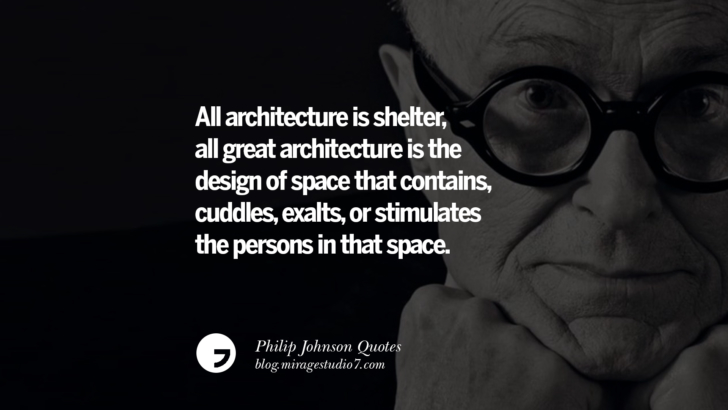 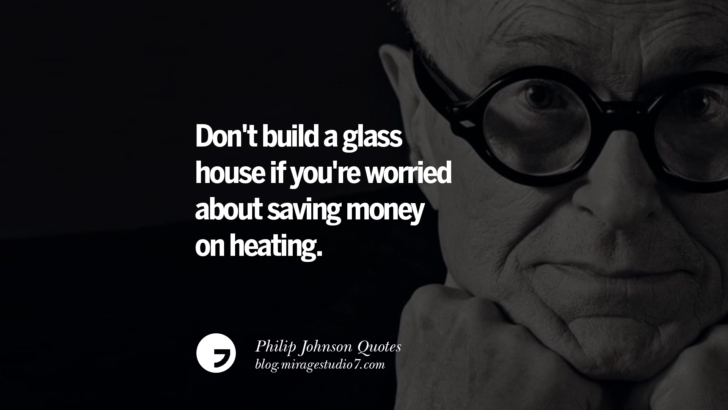 Don’t build a glass house if you’re worried about saving money on heating. 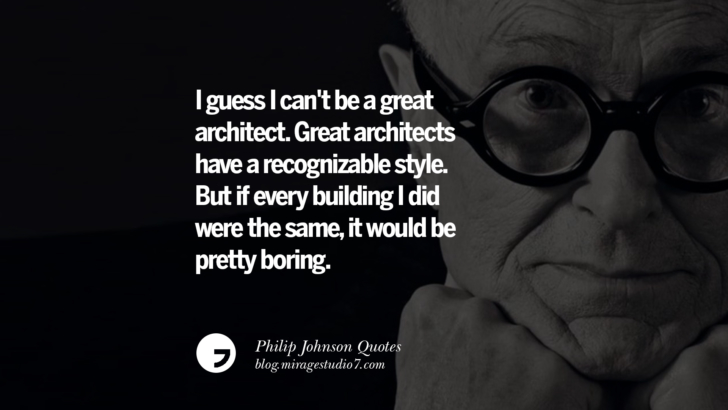 I guess I can’t be a great architect. Great architects have a recognizable style. But if every building I did were the same, it would be pretty boring. 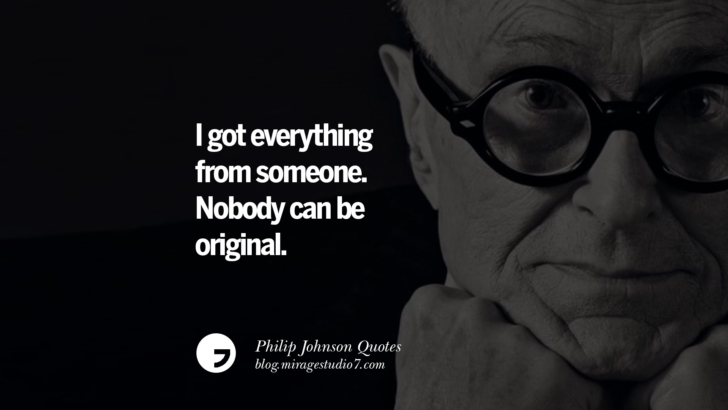 I got everything from someone. Nobody can be original. 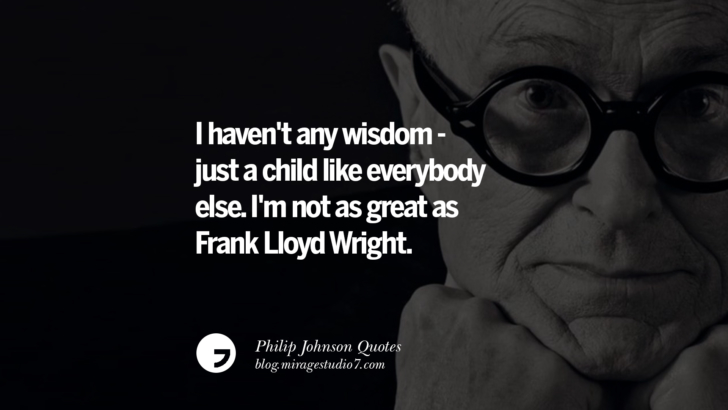 I haven’t any wisdom – just a child like everybody else. I’m not as great as Frank Lloyd Wright. 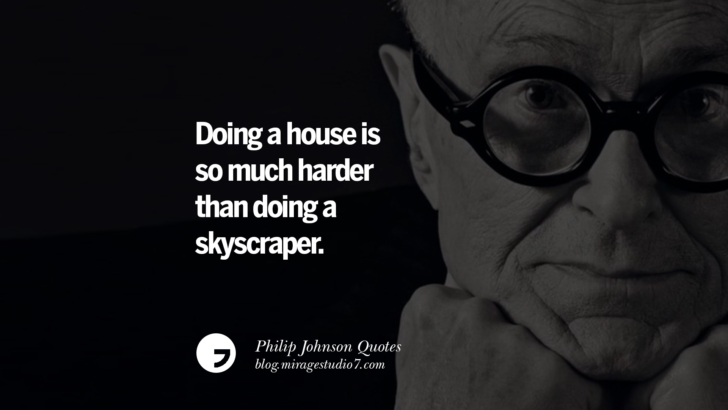 Doing a house is so much harder than doing a skyscraper. 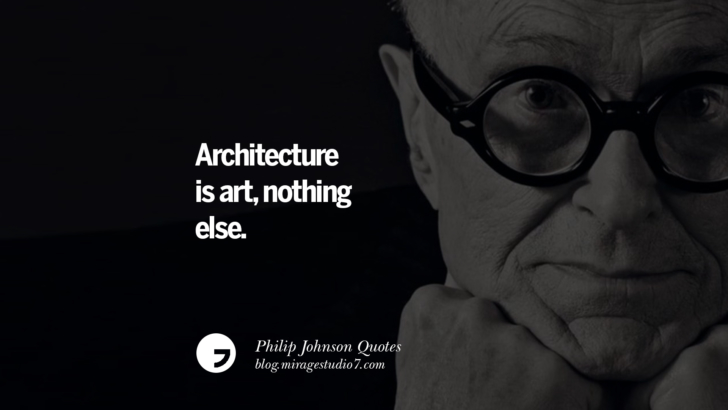 Architecture is art, nothing else. 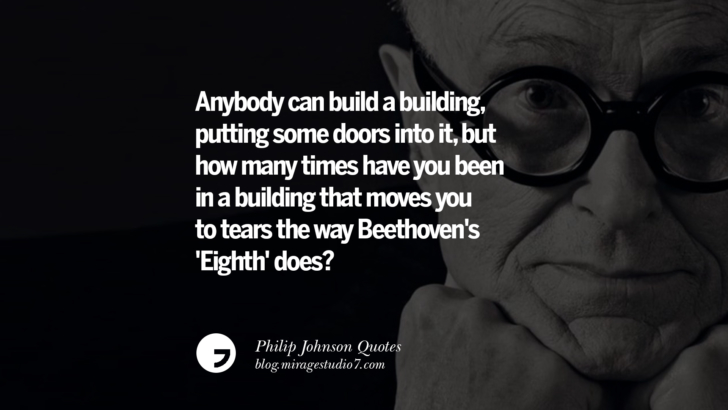 Anybody can build a building, putting some doors into it, but how many times have you been in a building that moves you to tears the way Beethoven’s ‘Eighth’ does? 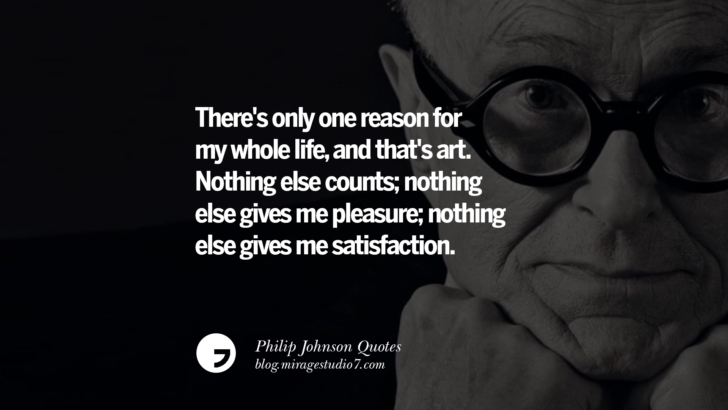 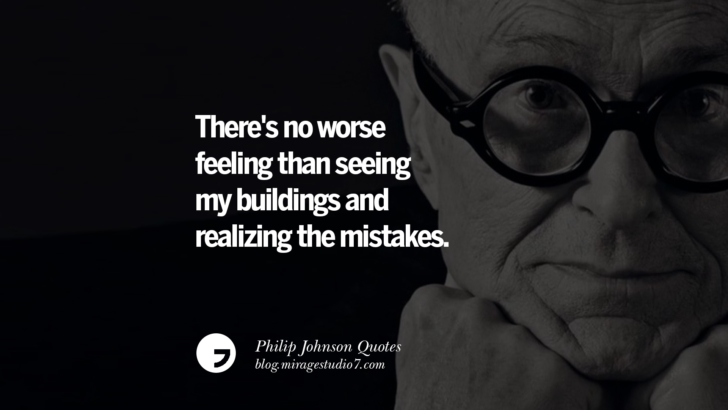 There’s no worse feeling than seeing my buildings and realizing the mistakes. 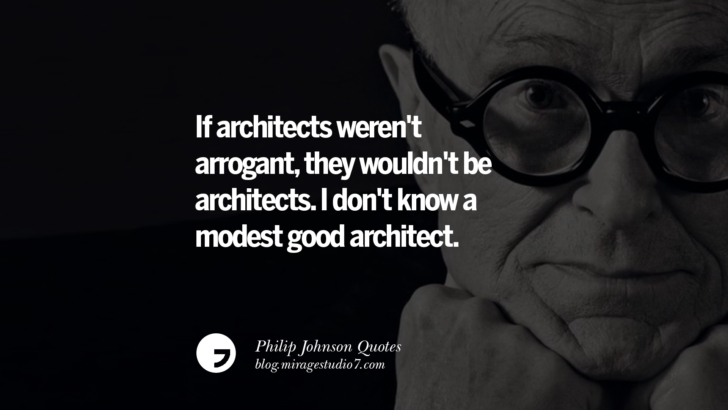 If architects weren’t arrogant, they wouldn’t be architects. I don’t know a modest good architect.