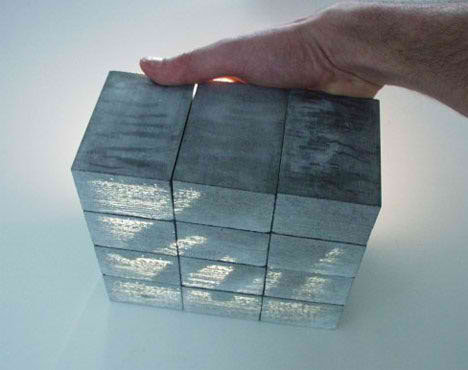 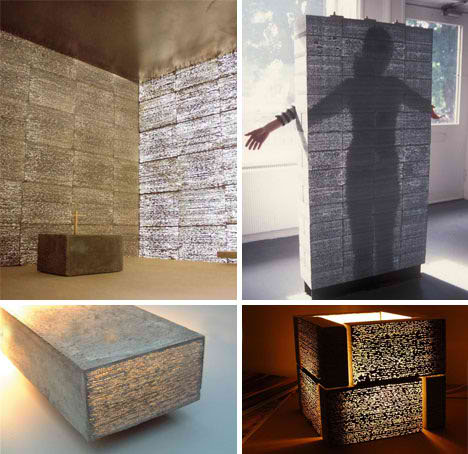 My tutor told me about the existence of transparent concrete, it is not really a new technology, kind of old but amazing. Transparent construction-grade concrete, imagine the possibilities!

Who invented this? According to Wikipedia, it was developed in 2001 by Hungarian architect Áron Losonczi working with scientists at the Technical University of Budapest. It is now known as LiTraCon (“light transmitting concrete”, or ‘translucent concrete’.

Filled with optical fibers that run from one end of a poured piece of concrete to the other, these prefabricated blocks and panels effectively transmit light from one side to the other. Colors and light remain remarkably consistent from end to end, but with a natural variation from the pouring process that actually softens the effects considerably.

What’s next? Transparent aluminum and steel? Duoh! The US military has it already.