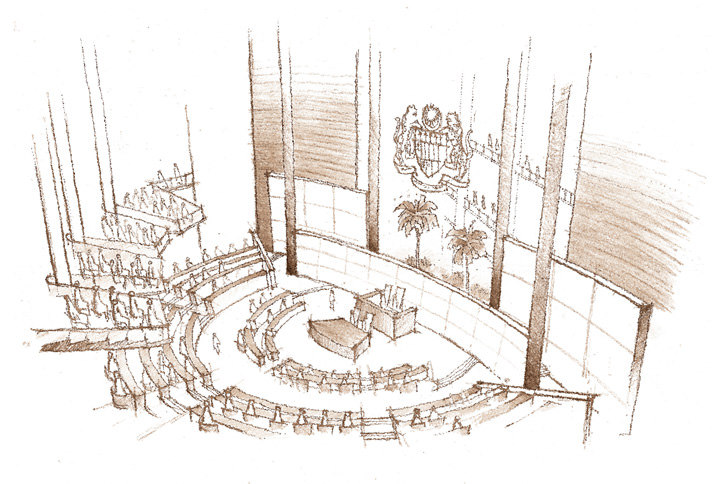 Its been a while since I last posted anything in miragestudio7, I’ve been a extremely busy with my thesis so I haven ‘t had much time to blog. The good news is, today is D-Day, well, not entirely accurate because after the submission comes the presentation, so here are a few images on my thesis project, not fantastic, wish I had more time or put in more effort in the drawings, especially the core idea, there are still rooms for improvement.

The main objective of the project is to develop an appropriate state architecture that ‘meets’ the people, and further explore the democratic language of a parliament and public spaces with the creative use of light, spatial qualities and the balancing act between the need for security and openness.

Democracy now and then

When political theorist discuss public space, they generally refer the print and digital media as the representative for democracy, this is contrast to the olden civilization where public spaces such as the forum and debating chamber played a significant role in determine the idea of democracy, the shift from physical to virtual has taken place for a number of reasons. This is due to scale and complexity of our society, as our civilization evolves and grew larger, it is impossible for everyone to gather and argue in a physical forum, furthermore with the invention of print media and the beginning of digital age, physical forum has taken a backseat and sadly it remained architecturally stagnant in term of design until the introduction of a newer parliaments in the 21st century.

As I’ve mentioned earlier, the birth of undemocratic architecture begins with the introduction of print media, when the need to gather ceased to exist, so does the need for public forum, therefore state architecture took a different path and no longer caters for the public needs to gather, witness and most importantly to participate physically. State architecture as we know, became dull, boring and monumentally redundant, things are made worst with the imitation of Roman classical architecture such as the Capitol Hill in Washington and closer to home, Putrajaya with its out of context Arabic dome and style, which is geographically out of tune, and regionally out of context with the local climate, what happened to the Malay Minagakabau architecture?

For those that are interested in this topic, I highly recommend Frank Lloyd Wright’s “An Organic Architecture, the Architecture of Democracy”. A very informative book. 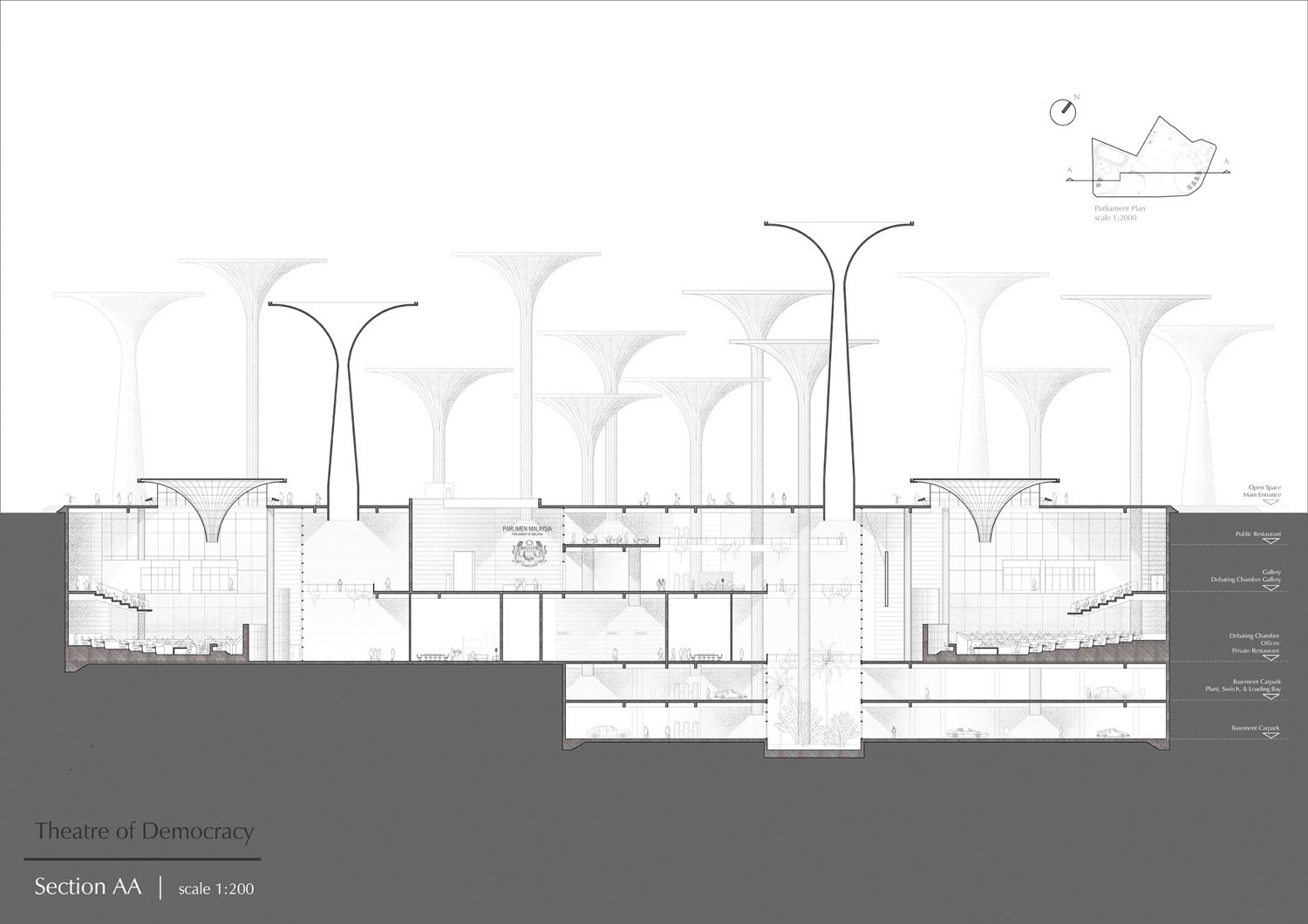 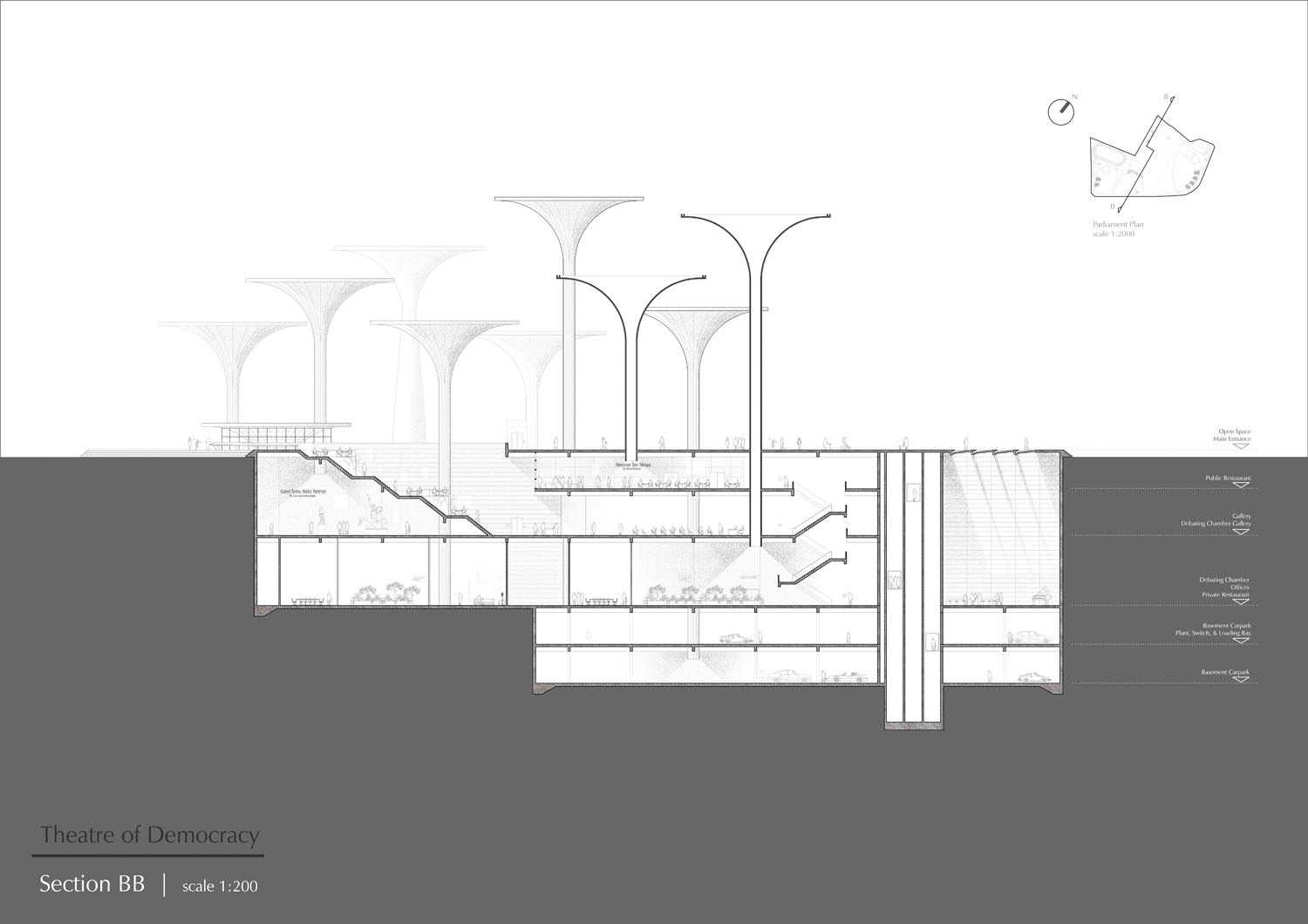 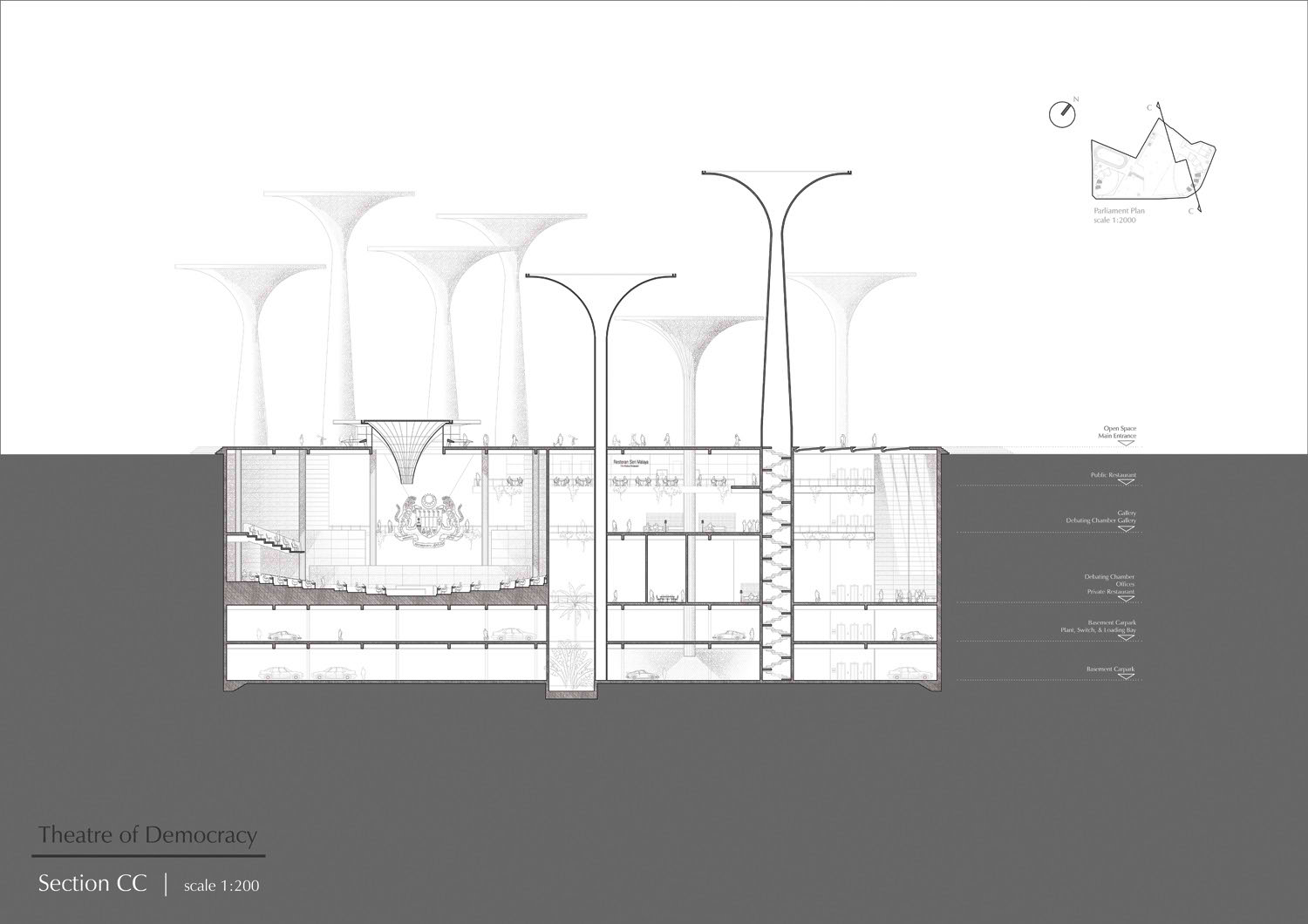 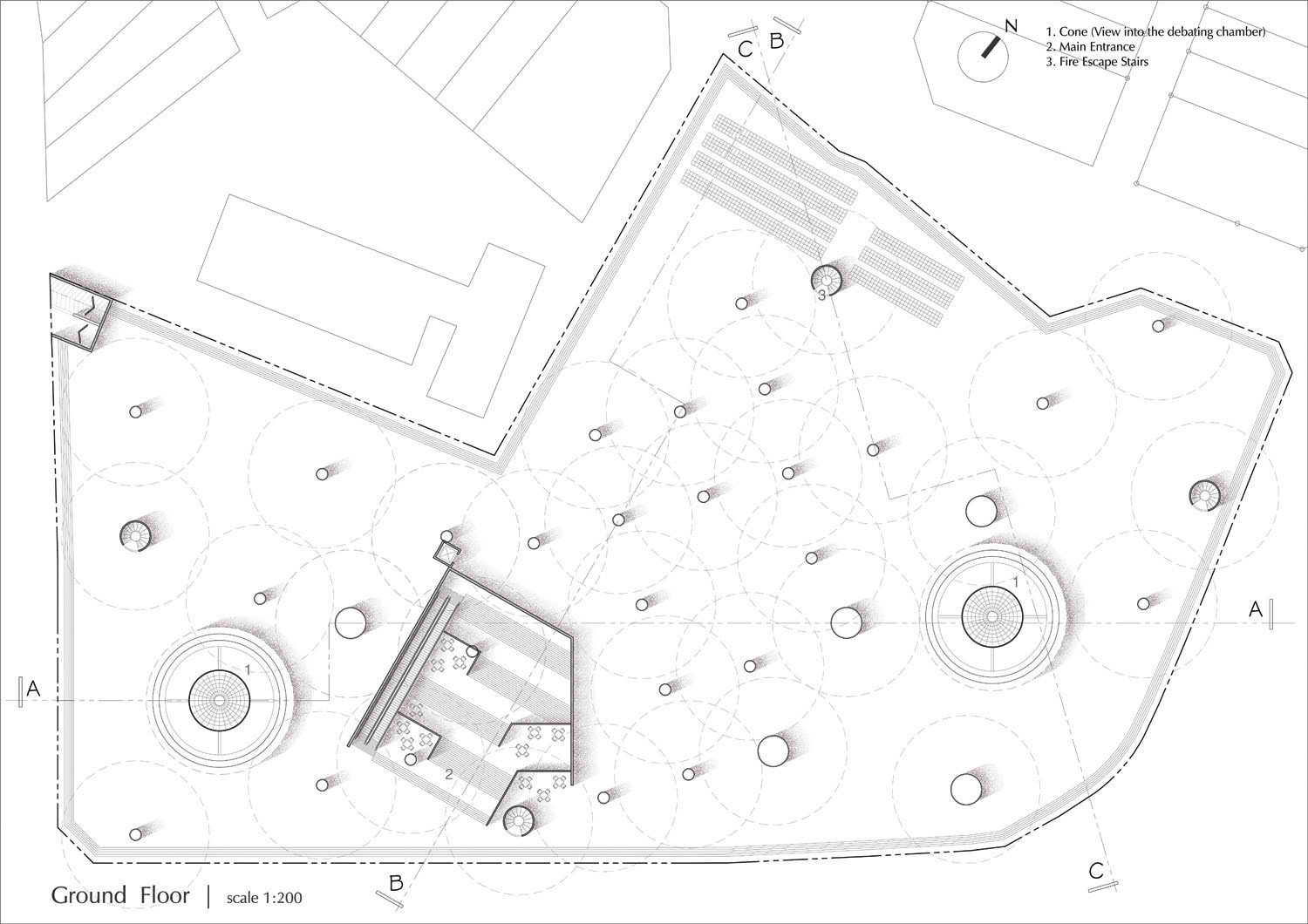 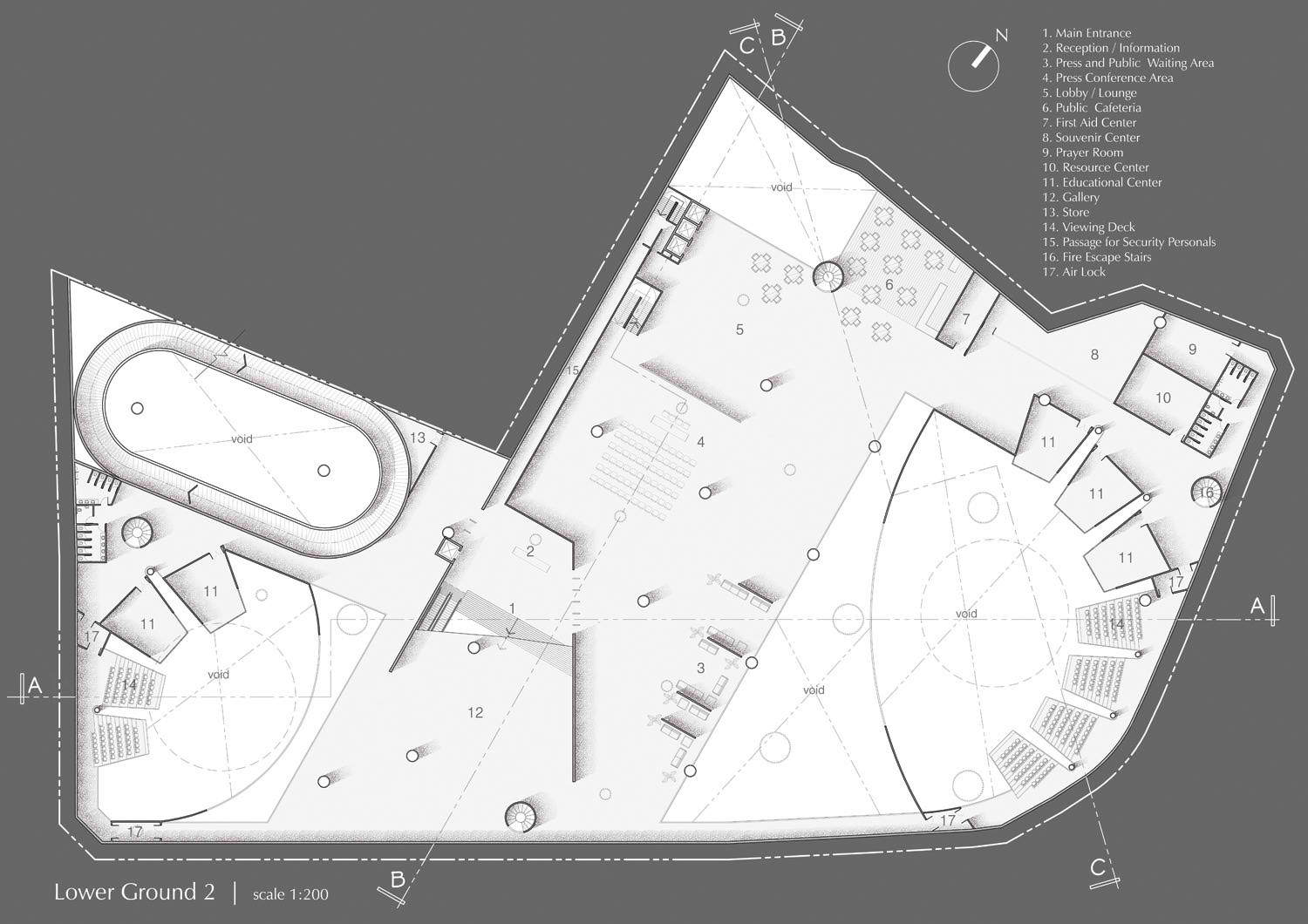 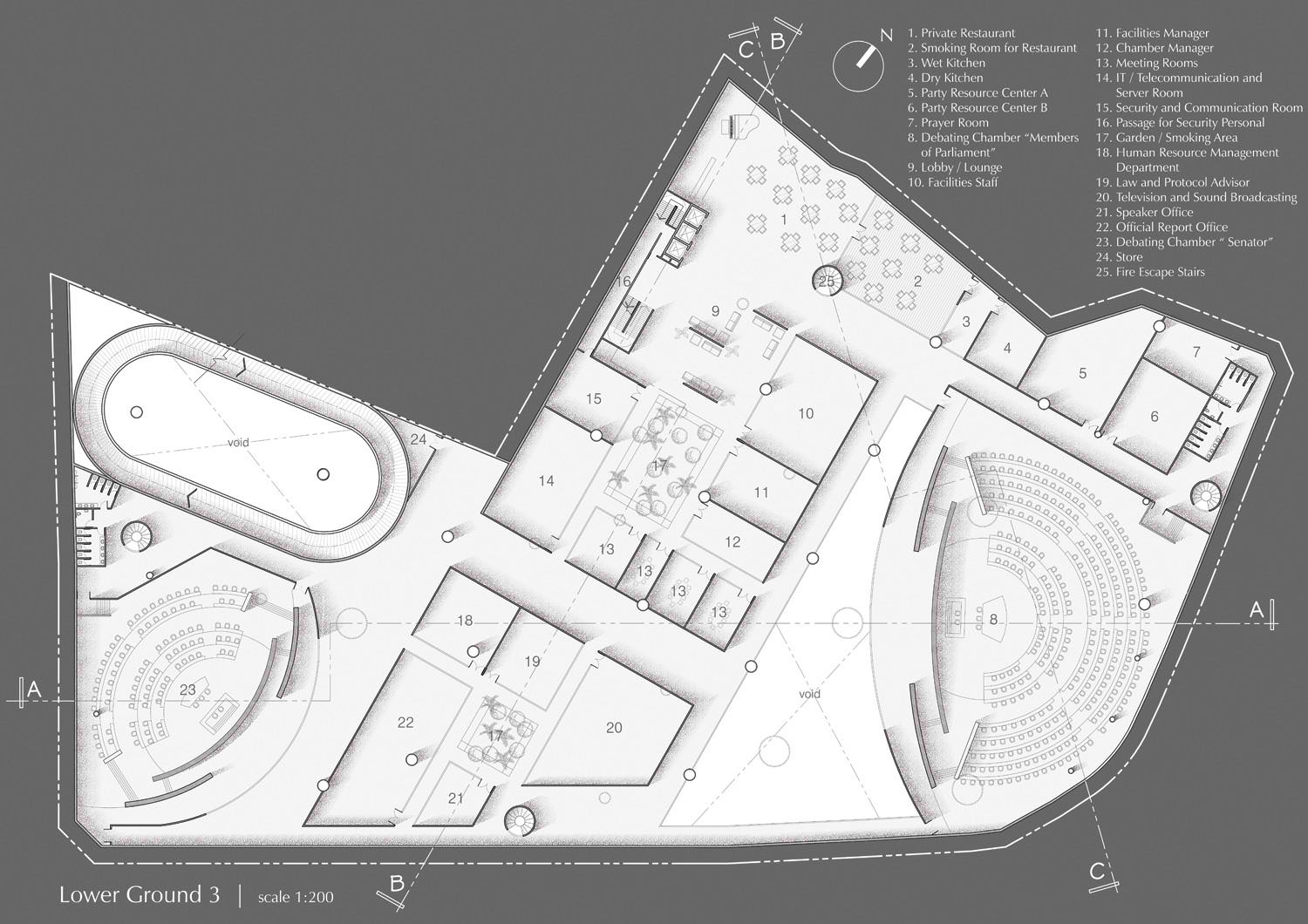 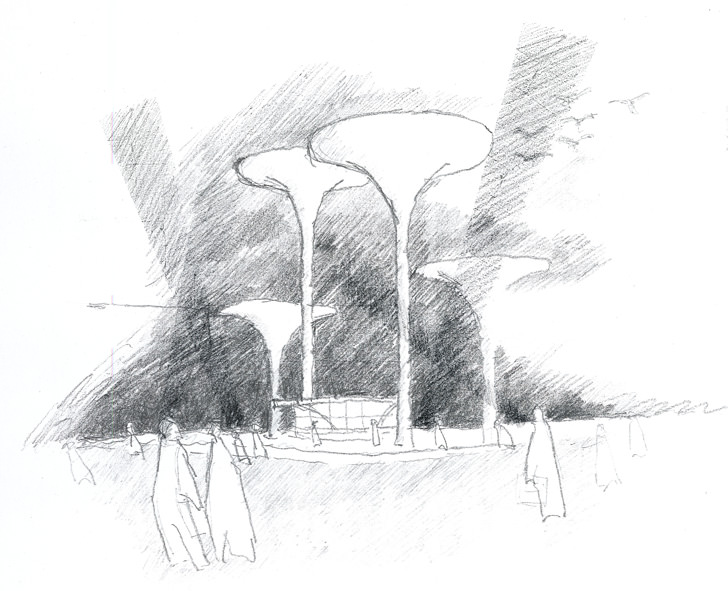 Last but not least, the sectional model took me ages and 3 generations to built, would like to thank Jake and the lecturer from the art department for the wonderful ‘Sculpturing 101’ class, I have to admit, molding the cones with the wheel was fun. Wish I had one back home. Sorry for the poor craftsmanship, the cones could have been better if I had more time. 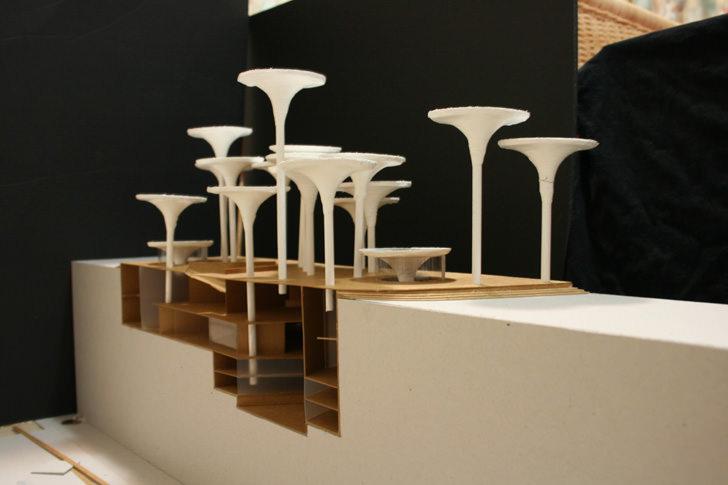 Apart from funneling light into the building, each column/roof works together collectively to form the roof in unison, sheltering the public at the plaza. Just like democracy, we may have different views and opinions but we worked together as one. 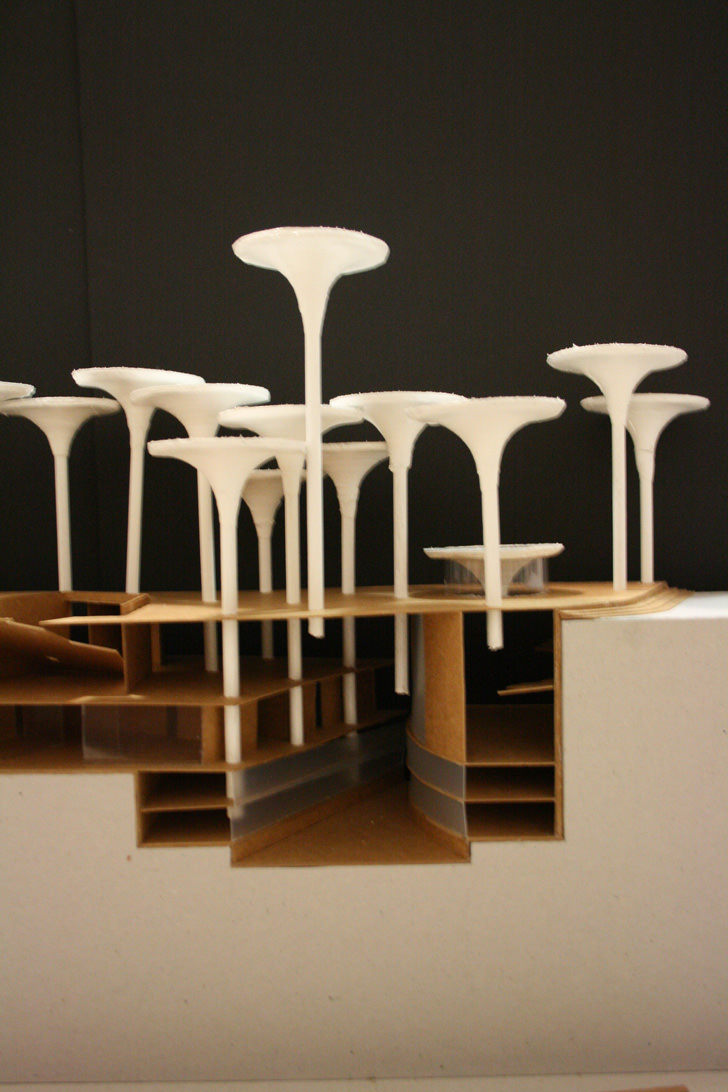 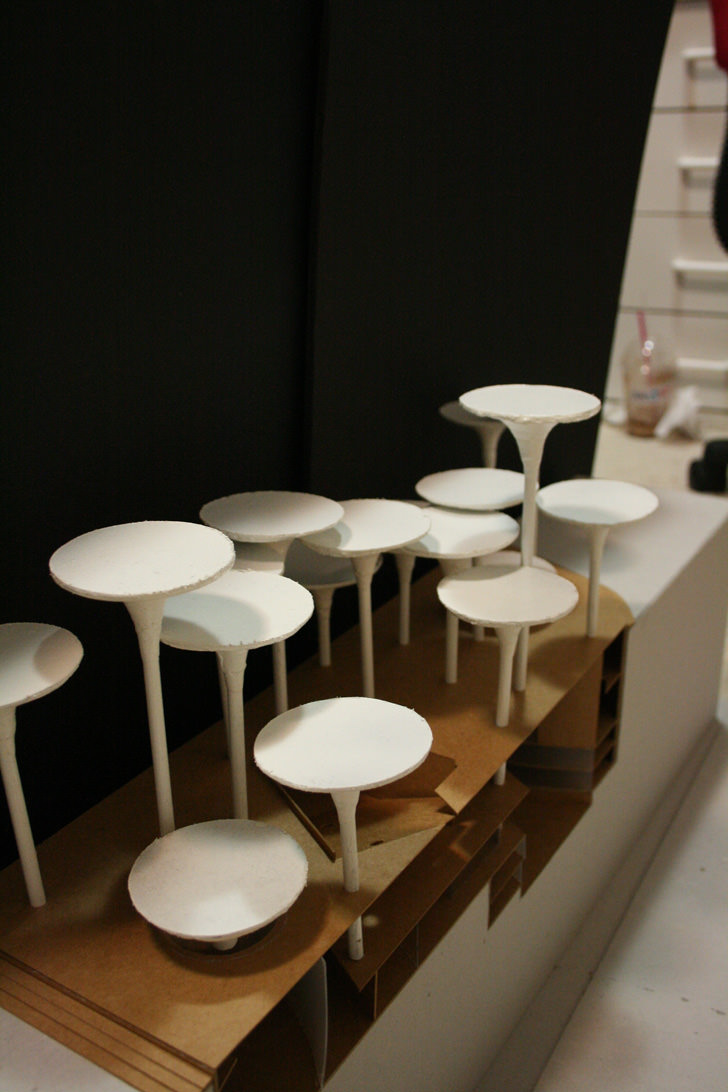