Here is an interesting project by Maxthreads Architectural Designs from the UK. The landscape pattern generate an arbitrary grid that module the site area. It create pocket, opportunity, activities. Everything is subordinated to this guideline, the building too.

The design of theater emerges and rises up from the ground with a sculpture form. The theaters is connect, visually and by ground to the plaza and to the ‘’via Ravasi’’ multi-functional area. It includes 1,500 seats, a stage tower for every kind of performance and provides public space for temporary expositions on an upper level. 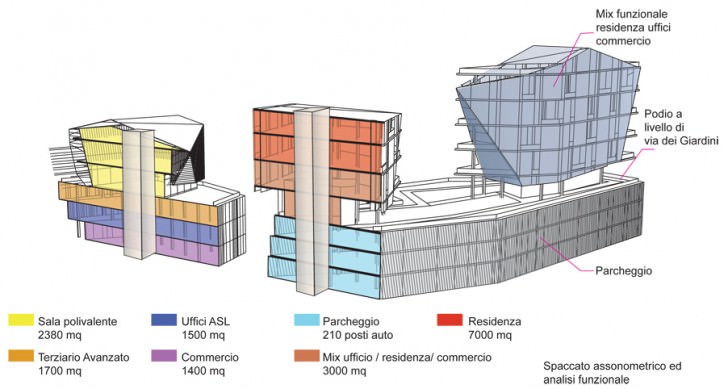 The complex of via Ravasi includes a Mix used Residential- Office buildings and a parking area on the podium. A double glazing façade control the sunlight protecting the building in a diamond shape. The Masterplan pattern generates this form too. The other multi-functional building include on the podium commerce- welfare ASL office and tertiary. Upon it rises up like a precious stone a multipurpose hall with 350 seats.

The Masterplan links and generate connection to the surrounding parts and to the distant one like railway station and to via Manzoni, landing of the tourists that came by car from Malpensa International Airport.

Make Varese a new gateway welcoming Italian and foreigner tourists. Theatre as a model iconic symbol of Varese in Italy and in the world.
Connect the activity of theater to the surrounding Masterplan (The Plaza) and to the city through a common language. Transformation of area ‘’via Ravasi’’ in a multi-functional and attractive area. 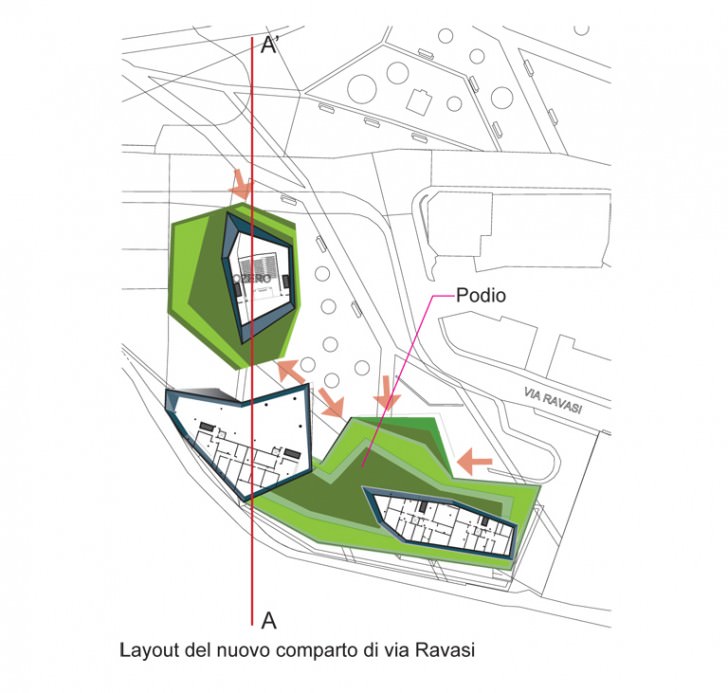 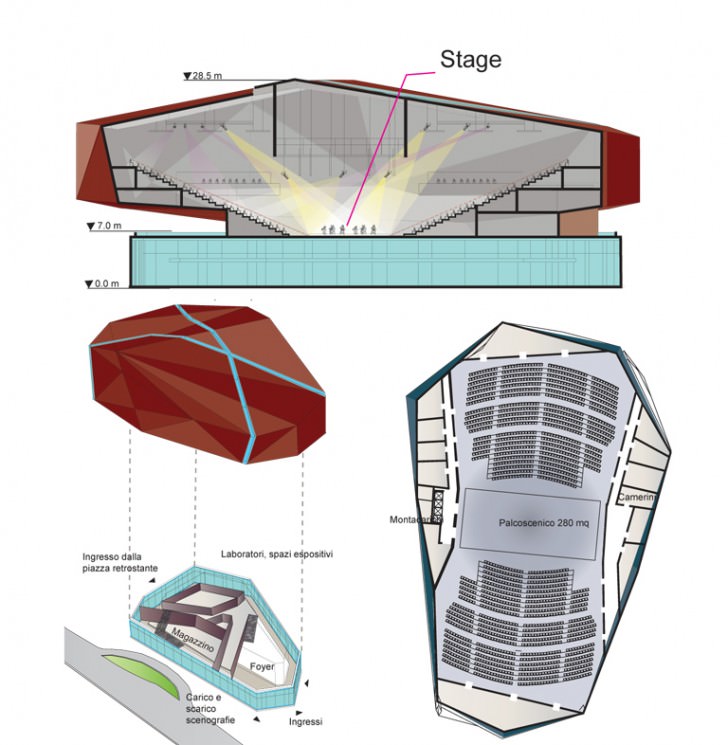