A 3D visualization of a pyramid house for an architectural competition by Juan Carlos Ramos. Software used are 3D Max, Vray, Itoo Forest, Photoshop and After Effects. Juan is an architect from Michoacan, Mexico. He has been working with architectural visualization for the last 10 years, and have collaborated in national and international projects for studios such as Neoscape and Fernando Romero.

In ancient Egypt, the pyramid is the house of the dead. In South America, it is a temple. In today’s modern world, it is a museum (The Louvre), shopping malls, house and whatnot. I guess function follows form, not form follows function. 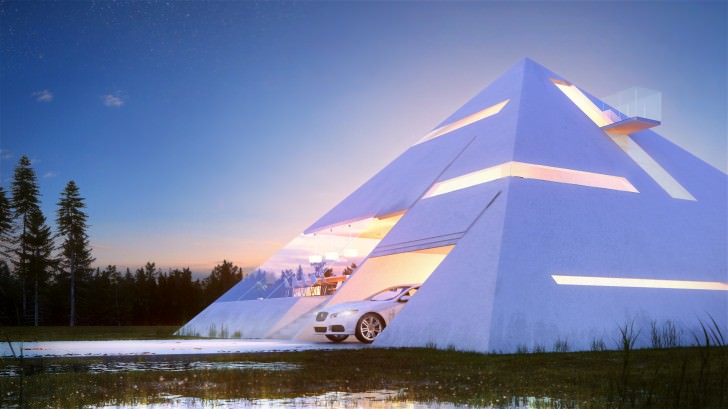