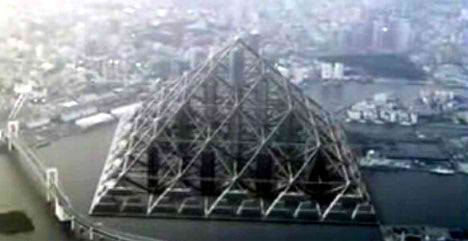 Probably one of the many reason stopping them from building tall buildings is their frequent earthquake and tsunami waves, but this time around they claim to be able to solve these problems with the Great Pyramid of Tokyo. According to their engineers:

This megacity would be so tall, and would have such tremendous volume that 24 80-story skyscrapers could be suspended within, and people would travel inside it via the tubes that are also supporting the enormous structure. It’s extreme engineering, indeed. 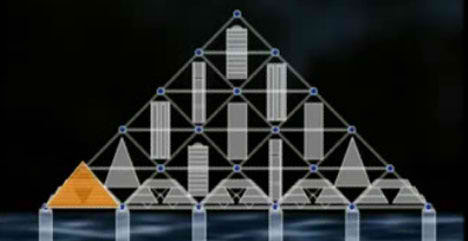 Japanese designers are now planning an offshore magacity that could house close to a million people. The design is a giant pyramid in which up to 24 80-story buildings could be suspended from the roof. People could zoom between the buildings in a network of tubes.

Don’t get too excited about this project, it is just a proposal and I doubt they’re going to build it anytime soon, one of the reason being that with Japanese aging population and falling birth rates, pretty soon there would be more space that ever before for each Japanese.

The Automobile Home of the Great Depression