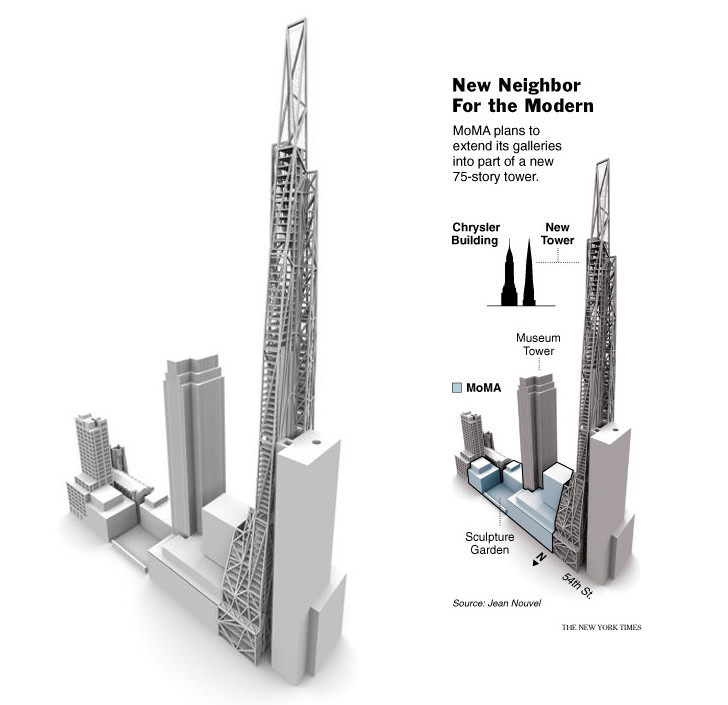 French architect Jean Nouvel did it again; his latest groundbreaking design for Manhattan will rival the Chrysler Building in height and possibly the old bird’s iconic statues. 53 West 53rd Street by Jean Nouvel is a mixed-use tower, it will contain a hotel, luxury apartments, offices, shops, and restaurant, the restaurant and lounge are below ground level, the idea is to have the pedestrians peering in through the exterior, which is entirely sheathed in glass.

It is a bold design, something different for a change. Critics believed that “Nouvel’s exciting concept has the potential to become an international architectural design icon, this bird nest like structure appears to be the current architecture trend, probably inspired by non other than the OMA’s CCTV Tower and Herzog & de Meuron’s “Bird Nest” stadium aka Beijing National Stadium in China. 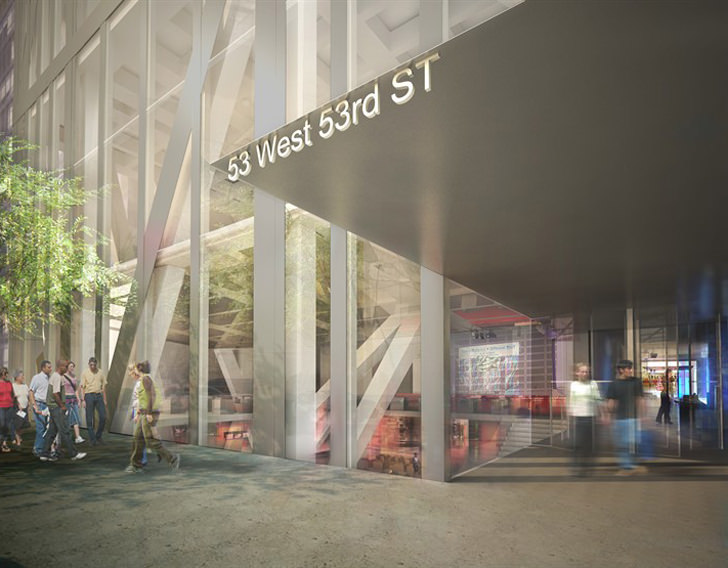 Back to the 3 West 53rd Street by Jean Nouvel, the smooth curvature from bottom to the top of the tower is not by any chance a design concept, it has something to do with the city’s ground-breaking Zoning Resolution of 1916, the resolution established the height and setback controls and designated iconic tall, slender towers that epitomize the city’s prewar business districts.

This regulation has earned New York City as the City of the Great Pyramids, the question is, where are the pyramids?

In high density districts, such as Manhattan in New York, front walls of buildings at the street line may be limited to a specified height or number of stories. Above that height, the buildings are required to set back behind a theoretical inclined plane, called sky exposure plane, which cannot be penetrated by the building’s exterior wall. For the same reason, setbacks may also be used in lower density districts to limit the height of perimeter walls above which a building must have a pitched roof or be set back before rising to the permitted height.

It’s an invisible pyramid shaped by the exterior facade of all the buildings, amazing.

Something interesting: Brad Pitt and Angelina Jolie’s daughter Shiloh Nouvel Jolie-Pitt was named after him, as Brad Pitt is a fan of his architecture.