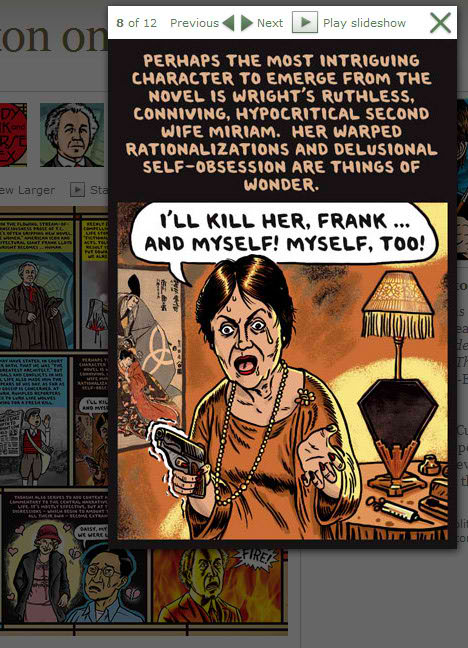 In the comic book ‘The Women’, acclaimed novelist T. C. Boyle turns his attention to the life and loves of celebrated architect Frank Lloyd Wright, enlightening human dramas and illuminating both history and American culture with imaginative energy. 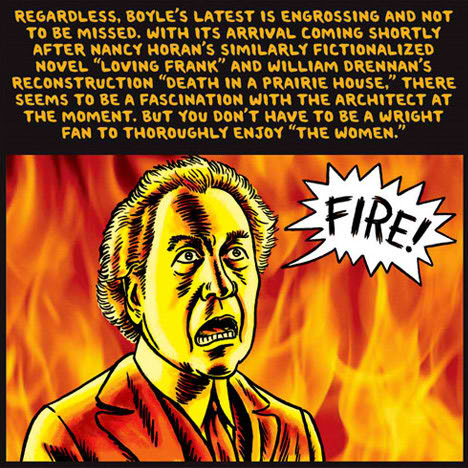 Having brought to life eccentric cereal king John Harvey Kellogg in The Road to Wellville and sex researcher Alfred Kinsey in The Inner Circle, T.C. Boyle now turns his fictional sights on an even more colorful and outlandish character: Frank Lloyd Wright. Boyle’s account of Wright’s life, as told through the experiences of the four women who loved him, blazes with his trademark wit and invention.

Wright’s life was one long howling struggle against the bonds of convention, whether aesthetic, social, moral, or romantic. He never did what was expected and despite the overblown scandals surrounding his amours and very public divorces and the financial disarray that dogged him throughout his career, he never let anything get in the way of his larger-than-life appetites and visions. Wright’s triumphs and defeats were always tied to the women he loved: the Montenegrin beauty Olgivanna Milanoff; the passionate Southern belle Maud Miriam Noel; the spirited Mamah Cheney, tragically killed; and his young first wife, Kitty Tobin. In The Women, T.C. Boyle’s protean voice captures these very different women and, in doing so, creates a masterful ode to the creative life in all its complexity and grandeur. Source: BarnesAndNoble.com

Who pushed Frank Ghery to become an architect?