I did a search on the director, and found out thet the director for the movie is Joseph Kosinski. According to Wikipedia:

He is an alumnus of GSAPP (Columbia Graduate School of Architecture, Planning and Preservation), currently an adjunct assistant professor of architecture where he helps students in 3D modeling and graphics. In 2008, he spoke in detail about his education in architecture, pushing the technological envelope in commercials and his eventual progression to feature films. source 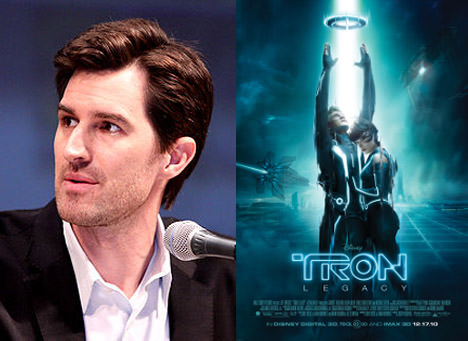