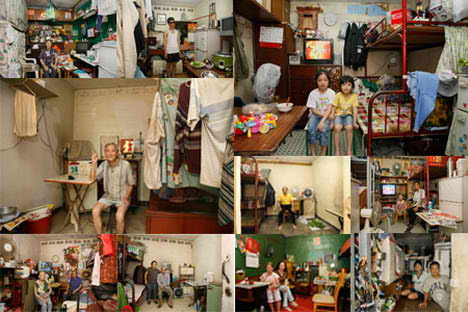 This public housing estate in Hong Kong is known as Shek Kip Mei Estate, it has 100 rooms (also known as home), 100 square feet each and was constructed in response to a devastating fire that left thousands of people homeless.

These images by Michael Wolf has totally change my perspective on the socio-economic of Hong Kong, not all of the Hong Kong People are poor but isn’t it sad to known that there are so many more that lives below the poverty line? Singapore’s government has finally done away with the low cost HDB flats, I guess it is about time the Hong Kong government do away with theirs and build a proper public housing for the poor.

When Michael Wolf called this series of photos “Architecture of Density,” it literally translates as the resident’s expression mirrors the repetition of the structure and the metropolis itself.