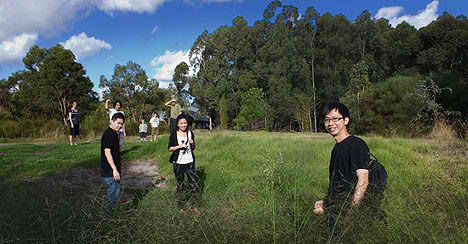 1 week prior to my departure to Malaysia, my thesis supervisor invited all of his students and the ‘support group’ from the studio for an amazing Australian outback experience, we had BBQ for dinner and an eye-opening tour of his backyard (its huge, plenty of land in Australia for such a small population). 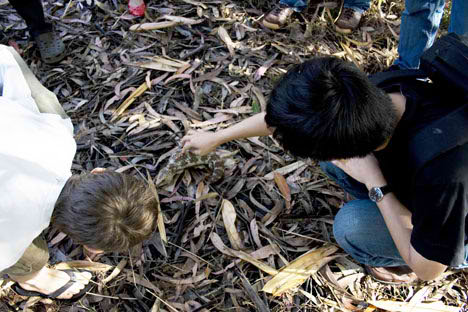 While strolling in his backyard, we saw a Bobtail Lizard (I think it’s a Bobtail Lizard), surprisingly it remained motionless as if we’re invisible. Since the Lizard had no teeth, I grabbed Bob the Lizard by its neck, toyed with it and BBQ it release it. 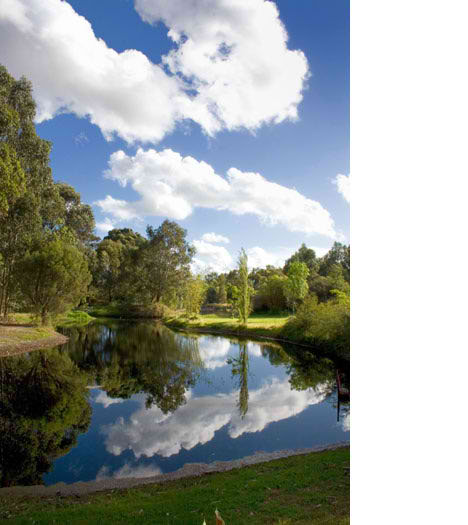 Next stop, Leonardo Da Vinci’s workshop. My supervisor loves to build stuff, currently he is building a small canoe for his son, I think its 70% done. As shown in the image above, the pond was dug by him in his backyard, how I wish my family had a pond in our own backyard for canoeing. I always wanted a radio-controlled toy boat, well, since I am all grown up, I might as well dig one in my own backyard when I own my own house.

Anyway, according to him, he completed building a propeller-driven general aviation aircraft with one of his good friend, he got the engine off from the shelf and the body kit shaped and welded according to the blueprint. If I am not mistaken, it is currently parked in Perth’s airport and awaits to be painted in orange and black. 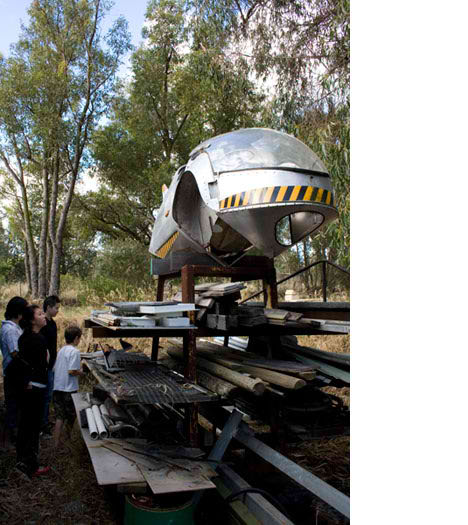 Behind his workshop is where he stores his ‘Space Shuttle’, prototype 1 and 2. 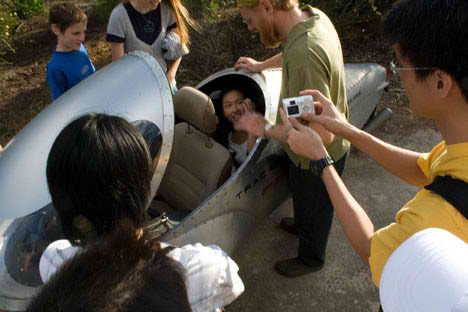 I think the space-like-bike is known as a ‘Tilter’ (google), this is version 3. Believe it or not, he actually commute the tilter to his office everyday and to Curtin University. I’ve got to say, this is an eye-balls magnet machine. 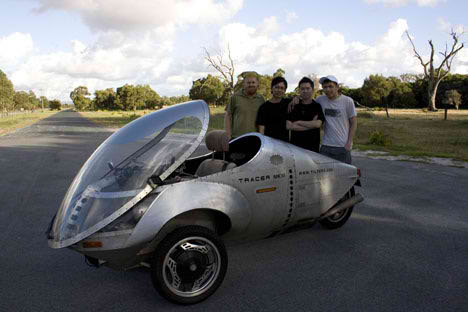 Finally, a get together photo session of his thesis students for year 2008. It was an amazing year, I learned a lot from him. Would like to take this opportunity to thank him again for his wonderful guidance.

Rebuilding Haiti And Chile, Thesis Topic Of The Year

Download 12 PhD Thesis eBooks on Architecture and the Built Environment