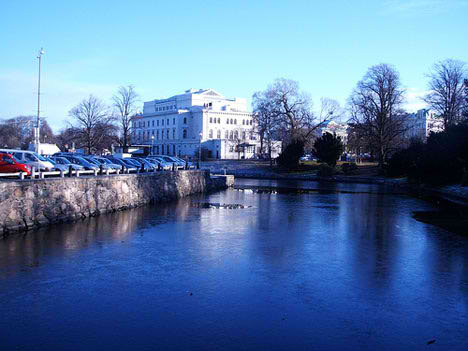 Växjö, a small city in Sweden is taking the world by storm as the greenest city in the world, recently the city was awarded for the city with the best sustainable development program.

What is their secret? A single power plant for the city and it rely on woodchips and other biomass waste, not only it provides electricity, the gases produced by the power plant are condensed into liquid and later purified for household needs and heating purpose. The city manage to reduce per-capita carbon emissions by 25% and now has the lowest urban level in Europe.

The city has for a long time successfully worked with environmental issues and the political consensus and involvement has given visible results. Växjö aims at becoming free of fossil fuels and has since 1993 reduced its CO2 emissions by 24% until 2005 from an already low level down to 3.5 tonnes per capita and year. The goal is 50% until 2010.

Source: The Independent and treehunger

See More ▼  President Barack Obama Wanted To Be An Architect