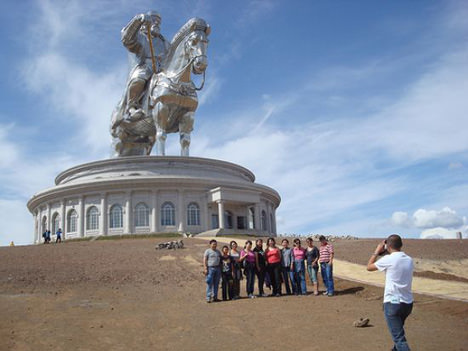 This article in not related to architecture, more like town planning. Since architecture is the building blocks of a city, I thought it is interesting to share this interesting information on statues. Wikipedia on Genghis Khan Equestrian Statue: 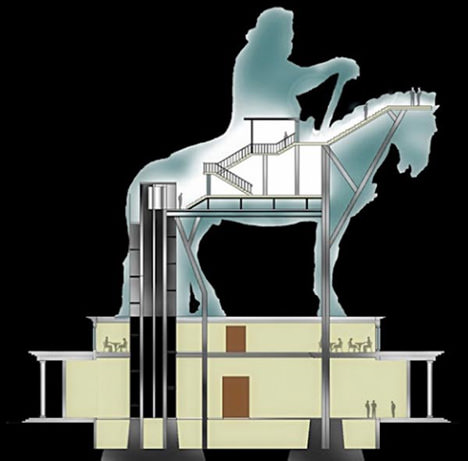 What is the meaning of the horse’s position?

The Genghis Khan Statue is a 40-metre tall statue of Ghengis Khan on horseback, on the bank of the Tuul River at Tsonjin Boldog (54 km east of the capital Ulan Bator), where according to legend, he found a golden whip. The statue is coverered in 250 tons of stainless steel is symbolically pointed south toward China. It is on top of the Genghis Khan Statue Complex, a visitor centre, itself 10 metres tall, with 36 columns representing the 36 khans from Genghis to Ligdan Khan. It was designed by sculptor D. Erdembileg and architect J. Enkhjargal and erected in 2008. Wikipedia