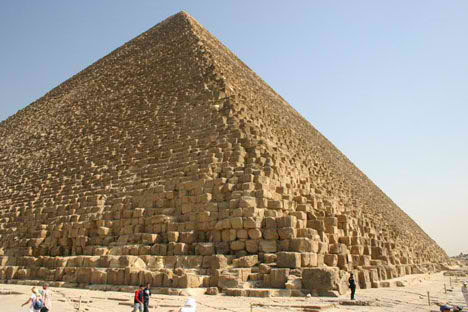 Some in Egypt see it as competition to the status of the Great Pyramid of Giza, the only surviving monument of the original Ancient Wonders. “This is probably a conspiracy against Egypt, its civilization and monuments,” wrote editorialist Al-Sayed al-Naggar in a leading state-owned daily.

Is the new seven wonders of the world acknowledge by UN?

The answer is no, the United Nations Educational, Scientific and Cultural Organization (UNESCO) in a press release on June 20, 2007 reaffirmed that it has no link with the initiative, which it says would reflect “only the opinions of those with access to the internet”. – Wikipedia.

So, don’t get too excited if Swiss businessman Bernard Weber announce the new seven wonder of the world on July 7, 2007 in Lisbon, Portugal, in the Estádio da Luz, SL Benfica’s stadium.

The New Seven Wonder of the World website – UN and the rest of the world do not acknowledge the new list, what is the point of voting? Sometimes if every votes count then definitely countries like China and India with their big population will have an advantage over smaller countries like Cambodia and the their Angkor Wat.

The only real winner is Bernard Weber, simply imagine the publicity and the Merchandise he sold through his website.

What are your wonders of the world?

Teletext Holidays conducted a poll for people to find Britain’s seven wonders and you’ll be surprise what the British people voted for:

Top 10 Ugliest Building In The World