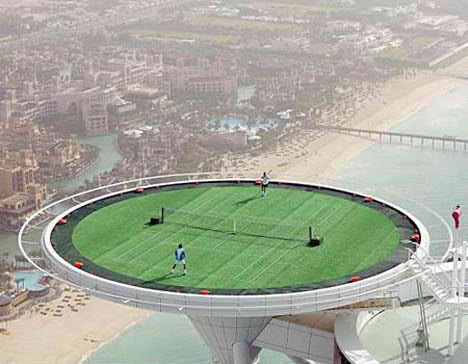 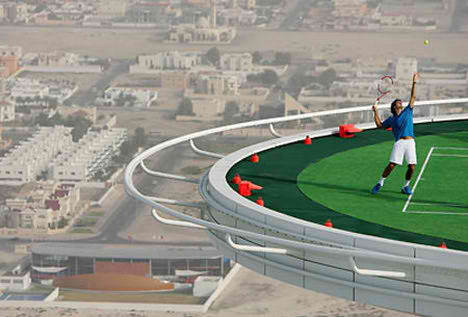 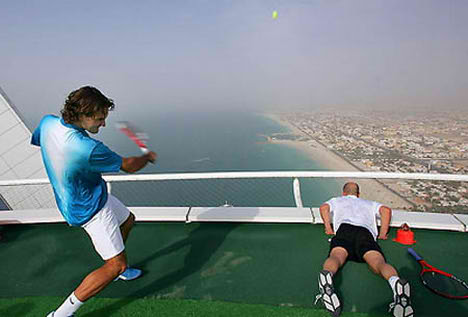 Dubai never ceases to amaze me. In preparation for the Dubai Duty Free Men’s Open, tennis legend, Andre Agassi and the world No. 1, Roger Federer, couldn’t resist the temptation to have a friendly knock about on the world’s highest tennis court.

That makes me wonder if these player will chase the ball at full speed. I’m not afraid of heights, but I’d be too scared to play up there… What if I get over excited, run off, then fall off? Where are the fans supposed to be watching the game from ? Helicopters ?

To celebrate the Dubai Duty Free Men’s Open, the ultra-luxurious Burj Al Arab Hotel has built the world’s highest tennis court on it’s helipad. An artificial court had been especially laid on the helipad of the £750-a-night Burj Al Arab hotel, the sail- shaped profile of which dominates the skyline.

Source : This is London & We Make Money Not Art

Just Do It! Building Construction Mistakes